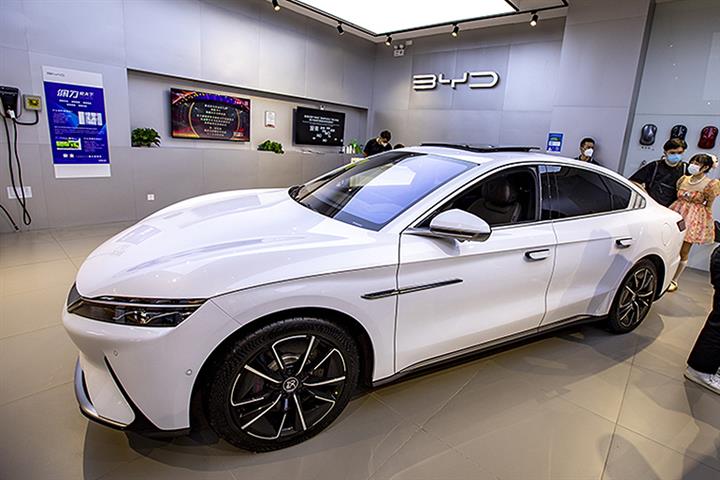 (Yicai Global) Aug. 3 -- Chinese carmaker BYD will start selling its premium new energy vehicles in Germany and Sweden, with the first batch of deliveries expected to begin in the fourth quarter of the year.

BYD will cooperate with European dealership Hedin Mobility Group to open outlets in multiple cities in Sweden and select a series of high-quality local dealers in Germany, the Shenzhen-based automaker said via WeChat on Aug. 1. The stores will open in October and will allow consumers to try BYD’s electric models.

BYD has mastered EV-related core technologies, including batteries, electrical machinery, and electronic control systems, and provides one-stop comprehensive NEV solutions. In the first half of the year, its NEV sales exceeded 640,000 units.

In May 2021, BYD partnered with Norwegian distributor RSA to enter Norway’s market, which became the gateway to Europe for BYD passenger vehicles. At the end of last year, the firm said it would deliver the first batch of five new-generation 12-meter pure-electric buses to DB Regio Bus, a unit of Germany’s Deutsche Bahn. The buses are operating in Karlsruhe, Baden-Württemberg.