China’s Cabinet Lays Out Roadmap to Get Economy Back on Track
Zhu Yanran | Guo Jinhui
DATE:  May 26 2022
/ SOURCE:  Yicai 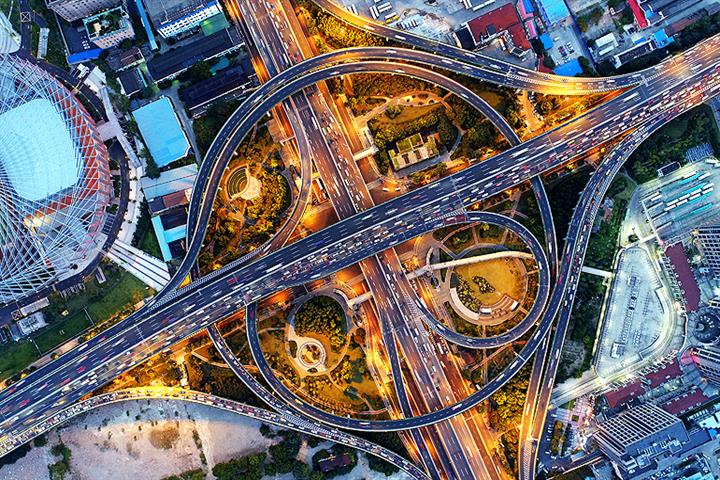 (Yicai Global) May 26 -- China’s cabinet is rolling out a series of relief measures to stabilize the economy, rocked by a resurgence of the novel coronavirus in the country, and is requiring all local governments to draw up guidelines on how to implement them before the end of the month.

All local governments need to prioritize steady growth in order to ensure that the economy this quarter grows within a reasonable range and to take measures to lower the unemployment rate as soon as possible, the State Council said yesterday during a national video conference on stabilizing the macro-economy. The government will send inspection teams to 12 provinces to supervise the implementation of these policies.

The government is putting the safeguarding of businesses, jobs and people’s livelihoods at the top of the agenda, Zhang Chenggang, director of the Chinese New Forms of Employment Research Center at the Capital University of Economics and Business, told Yicai Global.

By protecting market players, the economy, employment and people’s livelihoods will all benefit, said Liu Xingguo, an academic at the Research Department of the China Enterprise Confederation. The new measures should start to have an effect on the real economy next month, Liu said.

The recent outbreaks of Covid-19 in many of China’s economic hubs have hit the economy hard and the employment situation is grim. Gross domestic product is likely to expand by between 1.7 percent and 3.2 percent in the second quarter, and 3.5 percent in the first half, well below the year’s target of 5 percent growth, said Sheng Songcheng, professor of economics and finance at China Europe International Business School.

The jobless rate in cities is now the second highest it has ever been since statistics began, reaching 6.1 percent in April, a gain of 0.3 percentage point from March, according to the latest data from the National Bureau of Statistics. And in 31 large cities it soared to 6.7 percent, climbing 0.7 percentage point month on month. The youth jobless rate jumped to 18.2 percent, up from March’s 16 percent.

More fiscal policies may be brought out, such as the issuing of special government bonds to boost consumption and support investment, said Lian Ping, chief economist of Zhixin Investment Research Institute. Monetary and financial policies could also be further eased. Banks’ reserve requirement ratio and interest rates might be cut further and other structural regulatory instruments adjusted if necessary.

The central government will continue to support the lifting of real estate curbs based on the actual situation in different municipalities to promote the stable development of the property market on the premise that houses are for living in, not for speculation, Lian said.