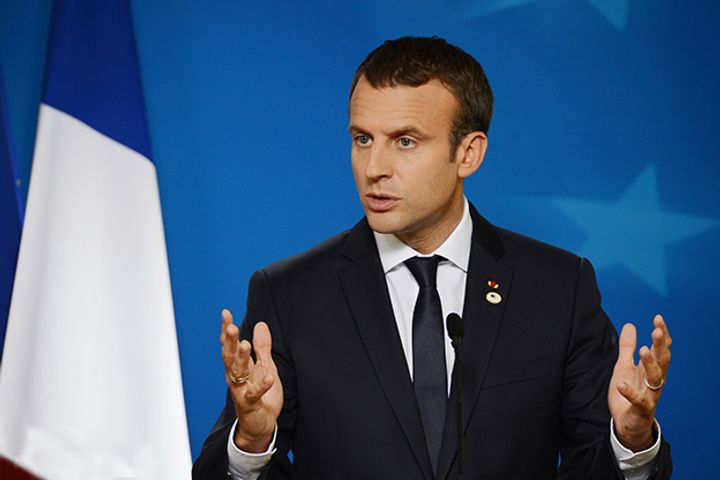 Amid the rise of anti-globalization, many EU members have repeatedly stressed opposition to protectionism, China's Ministry of Foreign Affairs countered.

China has been encouraging Chinese enterprises to invest in the EU and to obey local laws and regulations. At the same time, China also expects that the EU provides a fair and just environment for Chinese businesses to facilitate their industrial investment, foreign ministry spokesman Geng Shuang said on June 23.

Macron requested EU to carry out stricter review on investment and mergers and acquisitions by Chinese enterprises, at the European Council summit held on June 22. Many countries, however, opposed this, and the scheduled discussion on relevant proposals during the summit was also delayed, definance.cn reported on June 23. Some EU members do not hope to impose much restriction on foreign investment, thus the proposal of France, Germany and Italy on restricting foreign investment was unwelcome, Le Parisien reported on June 23. Yet the EU decided to discuss this issue at its next meeting, in courtesy to Macron, a critical figure in vigorously promoting EU construction.

The EU summit was held on June 22 and June 23. Macron announced his plan of "protecting European enterprises from unfair competition," Deutsche Presse-Agentur reported. "I support free trade, but I am not innocent. Europe has had no measures against dumping until now. But this could not be an explanation for European workers' concerns, and Europe should work out a way to better combat competition from China which resorts to low prices," Macron said. He expects to endow the EU with more power to set up a foreign investment regulator in the EU, to restrict Chinese investment in key European industries.

Investment by Chinese enterprises in Europe, especially Germany, has aroused attention recently. Germany, Italy and Austria, etc. have supported Macron's proposal, but it is opposed by Greece, Portugal and the Czech Republic, etc., with the latter group demanding continued open market access. "We are not expecting to restrict investment in Europe, particularly in face of the trend of trade protectionism in the US, Europe should be more open," Said Cecilia Malmstroem, European Commissioner for Trade, as Le Parisien reported. EU leaders discussed their review of foreign investment on June 23, but the proposal to establish an organ to deter acquisitions has been rejected. A European diplomat referred to this as a concession, as Euractiv, the official news website of the EU stated on June 23.