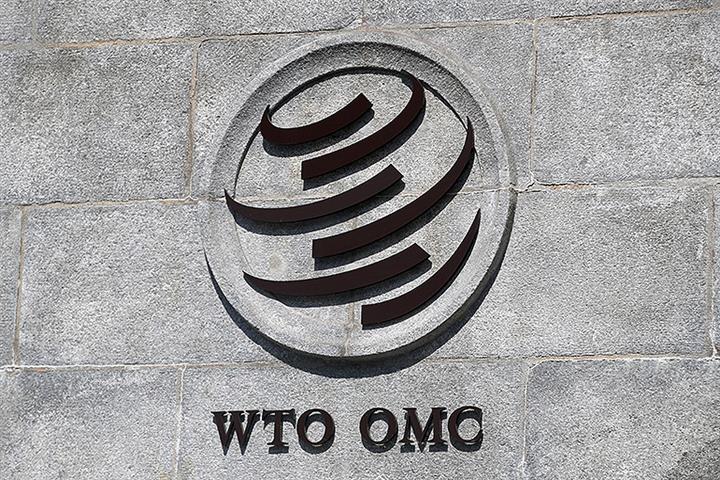 (Yicai Global) Sept. 4 -- China can play an important role in the reform of the World Trade Organization, Saudi Arabia’s nominee for the position of director-general of the WTO told Yicai Global in an online interview on Sept. 1.

"As a big player, China’s contribution could take different forms. It could provide technical assistance and support the G20 reform agenda, because it is a major G20 member," said Mohammad Maziad Al-Tuwaijri who stepped down as the country’s Minister of Economy and Planning earlier this year.

In the current market environment, despite the huge uncertainty brought by the Covid-19 pandemic, China still maintains an open attitude, Al-Tuwaijri said. He hopes that China will exert greater influence in the governance of international poverty, sustainable development and women’s empowerment based on the country’s own experience, he said.

Nations are rushing to fill the seat of incumbent Roberto Azevedo from Brazil who is stepping down a year early on Aug. 31.

Azevedo’s successor will have his work cut out for him as the WTO is facing a number of major challenges as the global economic and trade environment has deteriorated significantly due to the impact of the Covid-19 pandemic. The WTO needs to patch up huge differences that have led to the obstruction of multilateral trade negotiations and the partial shutdown of the dispute settlement system.

“This is the time for me to take the obligation and responsibility, to participate, to find solutions for the WTO. I am energetic, with a global mind and have the leadership ability they are looking for," Al-Tuwaijri said.

Global trade in goods fell 0.1 percent in 2019, the worst performance in the past 10 years, according to WTO data. This may further collapse by between 13 percent and 32 percent this year as the pandemic continues to restrain the free flow and growth of global trade, the Geneva-based agency predicted.

“The WTO is in a state of stagnation and reform is necessary,” Al-Tuwaijri said. It is urgent to improve policy design, mechanisms of negotiation and transparency within the organization, he added.

"Different members have different views about reform. The vision in my mind is to dig into the roots, to find out why we are in such situation," he said.

The new DG needs to clarify the order of resolving the WTO’s current issues. Political outreach should be a relatively high priority, he said. The new leader needs to actively contact ministers and heads of various countries and communicate with international organizations such as the International Monetary Fund, he added.

The private sector and think tanks also cannot be ignored, and they should continue to make suggestions to resolve the WTO’s problems.

Al-Tuwaijri said he would work hard to implement his vision and to restore people's confidence in the WTO as soon as possible if elected as the new DG.

For many years, Saudi Arabia has kept a low profile in international affairs so the nomination of Al-Tuwaijri as its candidate has taken many people by surprise.

There are currently eight contenders for DG. The General Council of the WTO has decided to hold three rounds of consultations from Sept. 7 to select its new head.