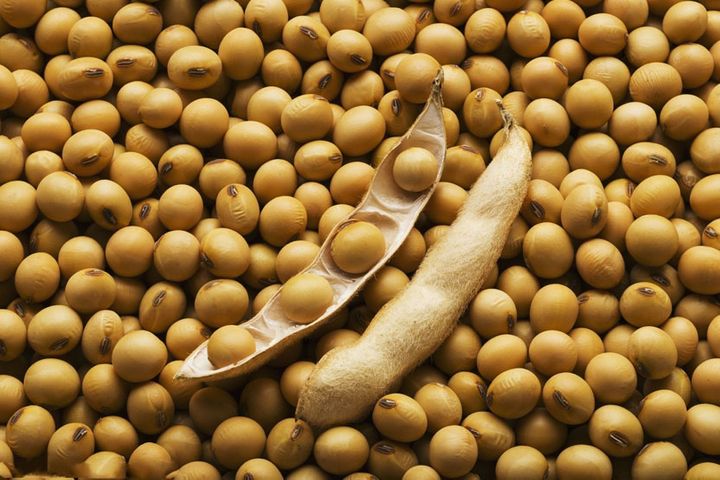 (Yicai Global) July 11 -- China will naturally reduce its import of higher-cost US soybeans after imposing more tariffs, but it is fully able to cope with the shortfall, China National Grain and Oils Information Center under the State Administration of Grain told People's Daily yesterday.

The Chinese government has set a 25-percent import tariff on US soybeans, thus raising their import costs by CNY700 (USD105) to CNY800 per ton, higher than the Brazilian product now by about CNY300 per ton.

This loss of price competitiveness means Chinese companies will slash their purchases of US soya. China had bought no new US beans for three weeks as of June 28, and cancelled 615,000 tons of orders already placed, an expert at the center explained.

Brazil brought in a bumper harvest of the legume this year, and South American countries are set to greatly increase their acreage as well next year, while Central Asian nations along the route of the Belt and Road initiative may also expand their soy cultivation, the expert explained.

China can fully cope with the shortfall after withdrawal of US supplies by resort to measures such as extending soybean and meal import resources and upping the output of domestic production to ensure supply while intensifying research into adjusting feed formulas, lowering dependence on bean meal, and reducing import demand, he advised.

The area of US soybean cultivation reached 36.24 million hectares this year, the second-highest in its history, the expert noted. It is also the first time that its acreage has exceeded that of corn in 40 years.

The US is thus facing high pressure on prices with the decline of the expected increased output dividend and export demand. Soybean futures on the Chicago Board of Trade had dropped about 14 percent off their high point at the end of May by July 9, inflicting a huge loss on US farmers, he advised.

China has contributed 85 percent to the growth of the global soybean trade and will still be its main driver in the future. However, US soybean farmers will miss out on the bonanza this rising Chinese demand offers.