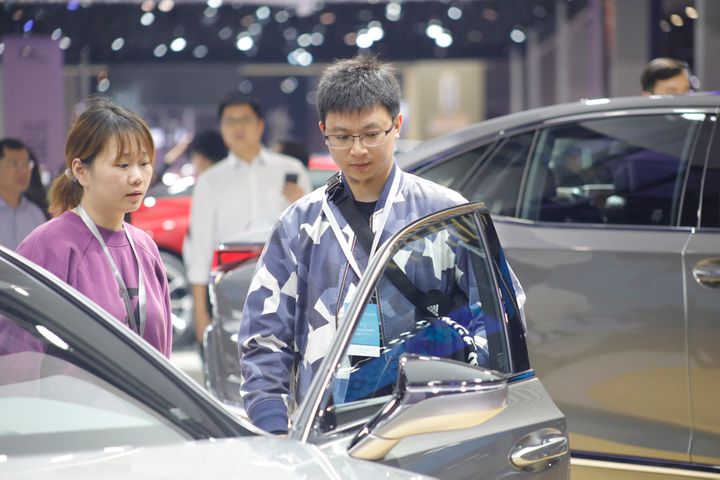 (Yicai Global) July 5 -- Consumers in China, the world's biggest auto market, are unwilling to fork out as much as they once did for cars, a new study by market research agency J.D. Power shows.

Prospective buyers have cut their budgets by an average 12 percent to CNY215,000 (USD31,262) from CNY244,000 last year, according to the findings of the 2019 China New-Vehicle Intender Study published yesterday. Their willingness to replace their current vehicle has also diminished, dropping to 20 percent from 37 percent in 2016.

"Consumers in China are mostly motivated [to buy a car] by demands such as making a better life or enjoying driving, which result in owning a new car being an option rather than a must," said Wang Qinghua, research director at J.D. Power China. "Together, the tightened purchase budget and the declined repurchase willingness make it hard to be optimistic about the new car market in 2019."

An increased reluctance to buy and the desire to spend less may further weigh on China's auto market, where production and sales have declined every month since July 2018.

A study of the reasons to buy found that the proportion of those opting for 'a variety of configurations to choose from' rose to 7 percent in 2019 from 3 percent last year, with its importance leaping from 11th to sixth place.

Among buyers, demand for multimedia configuration was the strongest, with vehicle navigation system/Global Position System (68 percent), Bluetooth/vehicle-mounted telephone (58 percent) and Internet of Vehicle/vehicle-mounted Wi-Fi (56 percent) being the top three configurations they definitely will install.

Consumers are still wary of buying cars online, the research showed. Just 7 percent of respondents said they will pay the full price online, with 57 percent worrying about online payment safety. But 70 percent said they are willing to buy a new car from an official website or a third-party trading platform.

Prospective buyers of new energy vehicle are increasingly concerned about battery reliability and product quality, while their concerns about the driving range of NEVs have been significantly alleviated, falling to 33 percent this year from 42 percent in 2018. However, car owners worrying about premature battery technologies increased to 42 percent of the total surveyed from the previous 33 percent, and those worrying about unreliable product quality rose to 30 percent from 22 percent.

Now in its 11th year, J.D. Power' study looks at consumer perceptions and purchase behaviors of people who plan to buy a new vehicle within the coming 12 months. It also gauges purchase decision factors, brand recognition, favorability and impression, along with consumer interest in new technologies.