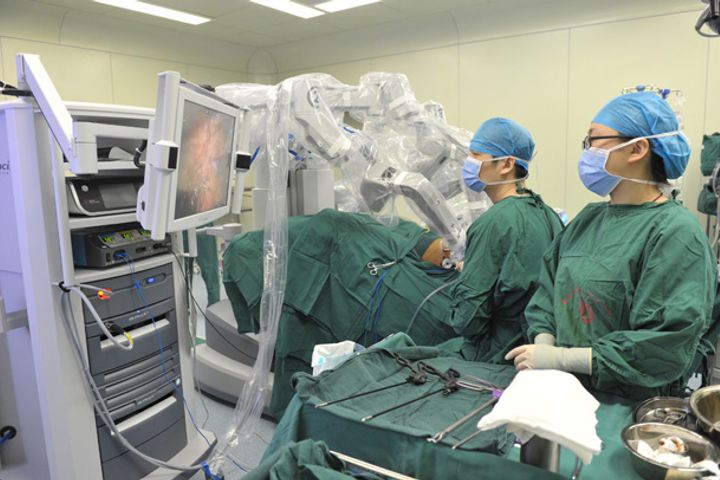 China Carries Out Over 40,000 Robotic Surgeries

(Yicai Global) Sept. 11 -- China carried out more than 40,000 robotic surgeries from the first one in 2006 to February of this year, Xinhua news agency reported today citing data from the Da Vinci Surgical Robot International Training Center of Changhai Hospital.

A robot that helped perform 640 complex surgeries between January and August this year recently did a radical prostatectomy on Luo Dan, 69, at the First Affiliated Hospital of Nanchang University's Urological Surgery Unit. The bot has completed more surgeries than any other robot in the country.

The three robots that have finished the most surgeries in the world are all in China, said Wang Gongxian, head of surgery and vice president at First Affiliated Hospital of Nanchang University, citing Da Vinci data.

Robots provide surgeons with enhanced freedom and a better view. Although robotic surgeries are more expensive than traditional ones, they are more accurate and cause less trauma. The cost of electric scissors and needle holders on the front end of the robot's mechanical arm made Luo's hospital visit CNY20,000 more than it would have been if he went the old school route, but his stay was half as long.

Although some have concerns about technical issues, robotic surgeons have emergency stop and withdrawal functions designed to deal with unstable voltage or power failure. "During one surgery, we found a problem with the 3D lens' light beam, and the robot stopped automatically at once," said Wang.