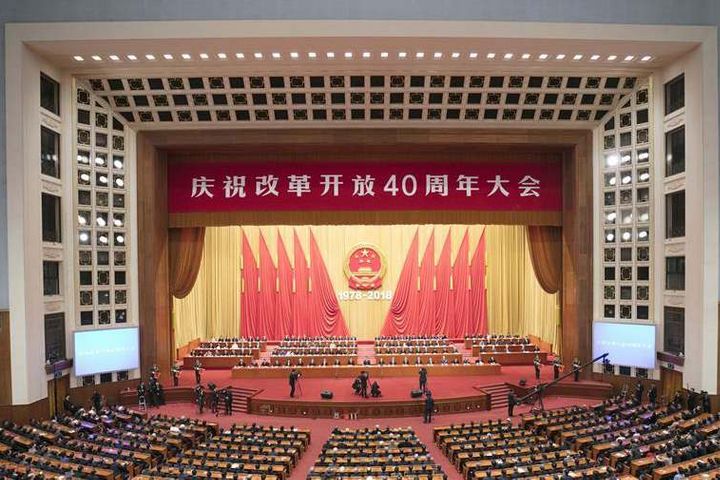 China Celebrates The 40th Anniversary of Reform and Opening-up

(Yicai Global)Dec. 18 - Chinese President Xi Jinping is delivering a keynote speech at a conference marking the 40th anniversary of the country's reform and opening-up at the Great Hall of the People in Beijing.

40 years ago, the Third Plenary Session of the 11th Communist Party of China Central Committee was convened on this very day, heralding the start of China's reform, opening-up and socialist modernization.

Here are some highlights from Xi's speech:

In his speech, Xi hailed the historic decision of reform and opening-up that was made 40 years ago.

"Our Party made the historic decision of going for reform and opening-up based on a profound grasp of the future of the Party and the state, on an in-depth review of the experience gained in socialist revolution and development, on keen insights into the trend of the times and on a thorough understanding of people's aspirations and needs," said Xi.

During the event, 100 Chinese people, from the field of science, economics, grass-roots Party officials, model workers, state-owned enterprises, and private sector, were honored for their contribution to the country's reform and opening-up.

Ten foreign friends were awarded friendship medals for their support for China's reform and opening-up.

This year marks the 40th anniversary of China's reform and opening-up policy, a landmark program that has transformed the once poor nation into the world's second-largest economy. Over the past decades, tremendous changes have taken place in the country.