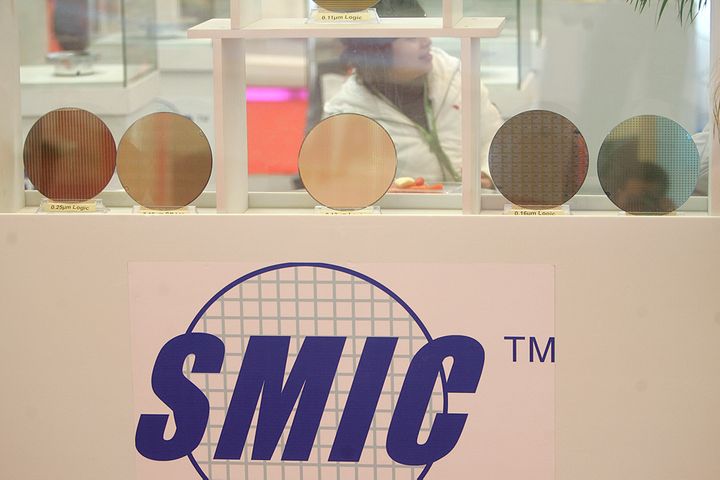 (Yicai Global) Feb. 14 -- Chinese microprocessor producer Semiconductor Manufacturing International's production lineS for chips, which use its 14 nanometer Fin Field Effect Transistor manufacturing technology and which started running in the fourth quarter, contributed 1 percent to its revenue from microcircuits in the period, and the company will thus increase its spending on these wafers by more than half this year to expand their production capacity, per the fourth-quarter earnings report China's largest chip foundry released yesterday.

SMIC is seen as key to weaning China off its dependence on US chipmakers such as Intel, and thus also shielding it from abrasion by the ever-shifting sands of US trade policy.

"Revenue from our China region accounted for 65 percent of our total revenue in the fourth quarter of 2019, representing a year-on-year increase of 21 percent," noted Dr. Zhao Haijun and Dr. Liang Mong Song, SMIC's co-chief executives.

The company's gross profit soared 48.7 percent from a year earlier to USD199 million based on its USD839 million fourth-quarter revenue, a 2.8 percent annual gain that represents a gross profit margin of 23.8 percent, a huge jump from the 17 percent in the same period in 2018, and basically in line with its expectations, per the report.

The foundry firm will kickstart growth this year, and its first-quarter revenue seems to be shaping up better than expected, Liang said. It will start a new round of capital expenditure to lift capacity in response to the demands of the market and clients.

The company projected USD3.1billion in such outlays for foundry operations this year, of which USD2 billion will go toward equipment and other facilities in its 300-millimeter Shanghai production line (14nm plant) in Shanghai, with the remaining USD500 million for its 300mm one in Beijing.