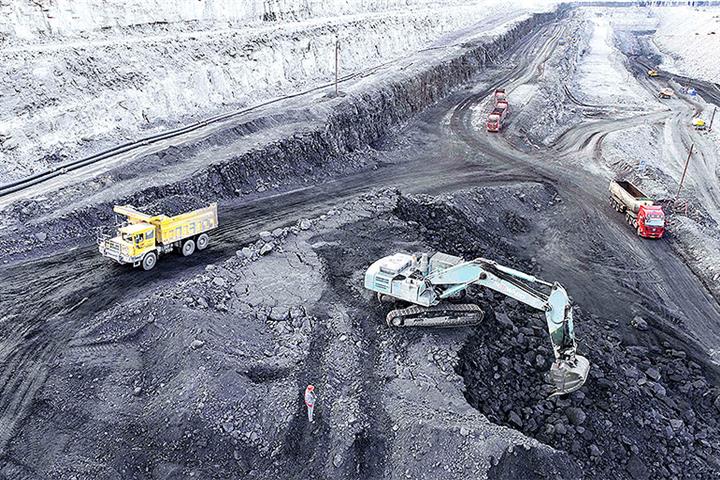 (Yicai Global) Oct. 20 -- China’s coal futures plunged by the daily limit after the country’s top economic planning agency said it is considering how to intervene in the market to bring down record-high prices of the fuel and ensure electricity supply through the winter.

The most-active futures contract for thermal coal traded on the Zhengzhou Commodity Exchange sank to CNY1,755 (USD273) a ton today. It reached a record CNY1,982 yesterday, after climbing about 134 percent since the start of this year.

Specific measures will be implemented to push prices back into a “reasonable range,” the National Development and Reform Commission said late yesterday.

According to Article 30 of China’s Price Law, when prices of essential commodities and services rise considerably, or could rise significantly, the cabinet and provincial governments can intervene to narrow profit margins at producers and transporters, set limits on trading prices, and require businesses to apply for permission whenever they want to increase product prices.

Since the end of last month, the NDRC has asked coal miners to ramp up production and encouraged shuttered pits that meet regulations to reopen to ensure supply, according to broadcaster CCTV. China’s average daily coal output has increased by over 1.2 million tons since September, and hit a new year high on Oct. 18 by exceeding 11.6 million tons.

The NDRC is also pushing miners to operate at full capacity under safe conditions, and strive to raise production to more than 12 million tons a day, CCTV said.

China’s coal output reached 3.84 billion tons last year, making it the world's largest producer and consumer of coal, according to data from the National Bureau of Statistics.