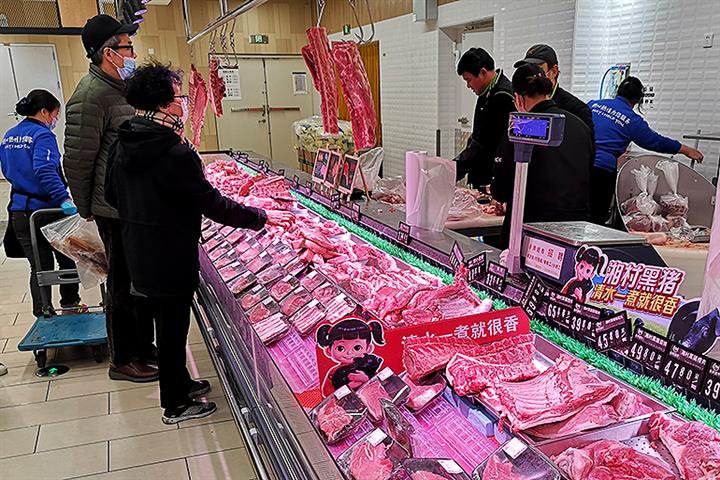 The NBS attributed the return to inflation to higher prices of pork, fresh vegetables and fruit during the peak consumption season between the New Year’s holiday and the coming Lunar New Year break, as well as the impact of cold weather.

Consumer demand continued to pick up last month, while the CPI rose due to cold weather and rising costs, said Dong Lijuan, a senior statistician of the NBS.

The strong rise in food and oil prices is the main driving force behind the rebound in CPI, according to Hua Chuang Securities.

Amid fluctuations in international crude oil prices, the cost of gasoline, diesel and liquefied petroleum gas rose 5.2 percent, 5.8 percent and 3 percent month on month, respectively, affecting the CPI by about 0.1 point, according to the NBS.

Looking ahead, analysts believe that in the medium to long term a supply rebound will push pork prices downward. Overall inflationary pressures will be modest this year and core inflation will return to an upward trend as the economy recovers.

The core CPI, which factors out food and energy prices, rose 0.4 percent in December from a year earlier, down 0.1 point from November, the data showed.

The core CPI continued to hit a new low since records began in January 2013, mainly due to the reemergence of the Covid-19 pandemic, said Zheng Houcheng, director of Yingda Securities Research Institute. The core CPI is expected to have higher yearly growth in the latter months of this year, with the successful research, development and large-scale release of Covid-19 vaccines, and given the lower yearly core CPI growth in the last months of 2020.

China’s commodity prices will make moderate gains this year, with a rise of about 1.1 percent in the CPI throughout the year, according to a report by the Chinese Academy of Sciences’ Forecast Scientific Research Center.

The steady recovery of domestic demand last month, coupled with the continued rise in the cost of some international bulk commodities, has fueled gains in the prices of industrial products. China’s PPI rose 1.1 percent month on month in December, an increase of 0.6 point from the previous month, or a year-on-year decrease of 0.4 percent, a decline narrowed by 1.1 points from the previous month, the NBS data showed.

Regarding this year’s PPI, Zheng said it will show steady year-on-year growth in the first half in the context of gains in international oil and non-ferrous metal prices, including copper, coupled with a low base effect.