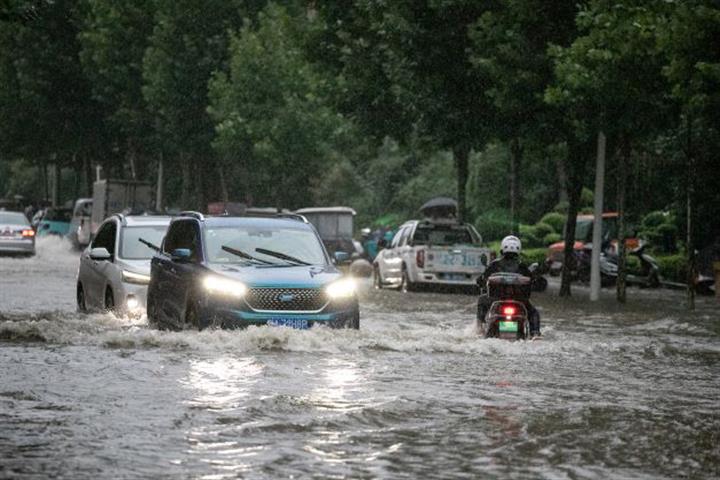 Household names such as JD Logistics, STO Express and ZTO Express will stick to their duties despite the extreme weather conditions, they told Yicai Global. The firms are also supporting flood-hit areas with emergency supplies.

Most of JD Logistics’ delivery centers in Henan are gradually resuming operations, the Beijing-based arm of e-commerce giant JD.Com said. But there may be holdups in places where water levels are still high, it added.

“We’re sending teams to check in which areas it is still possible to deliver packages,” STO Express said, adding that the Shanghai-based company is “prioritizing the delivery of emergency supplies and daily necessities.”

ZTO Express, which is also headquartered in Shanghai, announced yesterday that CNY10 million (USD1.5 million) from its mutual aid and courier care funds will go to help its flood-hit delivery centers and their staff as well as being used for social welfare donations.

Cainiao Network yesterday announced the launch of a green distribution channel in Henan that will prioritize the delivery of urgent supplies for flood control and the public. J&T Express and SF Express each donated CNY20 million to purchase relief materials and fund post-flood reconstruction.