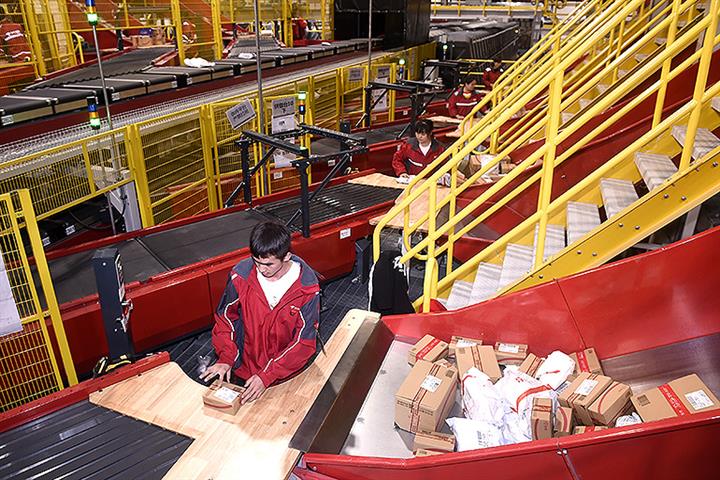 (Yicai Global) Aug. 18 -- JD.Com recently kicked STO Express off its open platform and told merchants not to use the courier, after de facto shareholder Alibaba denied JD Logistics access to its e-commerce platforms, The Paper reported.

JD Open Platform ended its cooperation with STO because the contract between the two parties expired in June last year and an agreement on renewal remained elusive, the report said, citing Beijing-based JD.Com.

During the intervening time, Alibaba acquired a stake in STO after which JD Logistics, JD.Com’s own courier service, asked for access to Alibaba Group Holding’s e-commerce sites, but received no response, the report said.

Due to contracts between JD.Com’s platform and certain express delivery firms -- including STO Express -- expiring recently, those couriers will no longer be available and tracking information will not be displayed on JD’s platform, JD.Com said in a notice on July 24, reminding sellers to change providers after Aug. 31 to ensure order fulfillment.

STO said it had been in touch with JD.Com after receiving feedback from sellers and logistics hubs, but the problem remains unsolved. During the talks, JD.Com said the termination had nothing to do with service quality. STO said it was deeply shocked by the abuse of platform hegemony and called on JD.Com to respect the rights of merchants to choose.