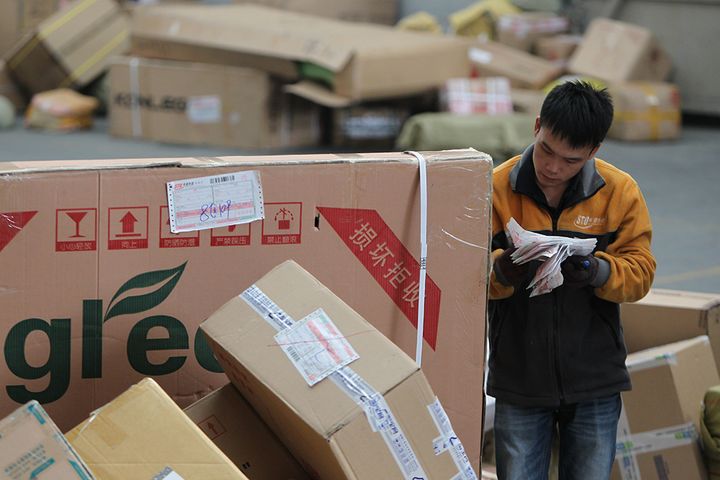 (Yicai Global) Aug. 3 -- Daily deliveries in China's express delivery market have topped 100 million packages since the second quarter of this year. China has seen an average annual growth of over 50 percent in courier business volume in the past five years, and it has remained the world's biggest courier market since 2014.

The total business volume soared from less than 5.7 billion parcels in 2012 to 31.28 billion last year, with a roughly five-fold jump in courier service per capita from 4.2 packages to 22.6.

Furthermore, the speed of delivery has improved consistently over the past five years. "Of all the shipments for destinations under 1,000 kilometers, 84.62 percent were delivered in 48 hours," said Feng Lihu, head of market supervision at the State Post Bureau.

A growing number of people in rural areas have benefited from expedited delivery services. The coverage of courier service networks of rural population grew to 80 percent last year, and the average price fell from CNY18.6 (USD2.7) per shipment in 2012 to CNY12.7 in 2016. The expanding express delivery market boosted the development of the modern agriculture industry, pulling hundreds of thousands of rural households out of poverty.