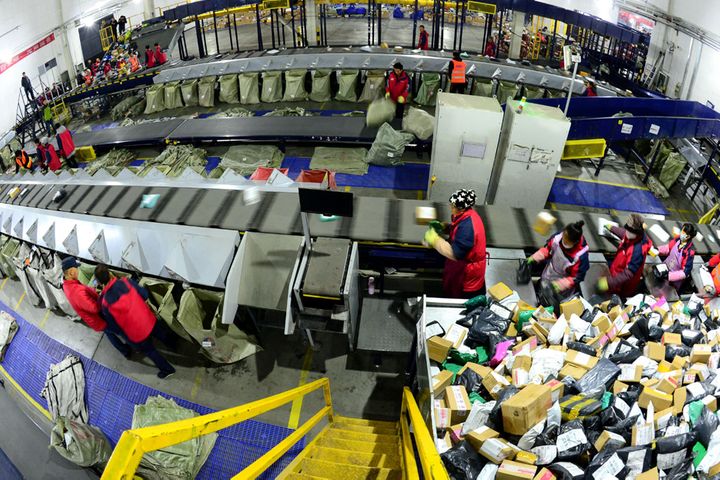 (Yicai Global) Nov. 5 -- China's express delivery sector is expected to deal with a 50 percent jump in the volume of goods shipped during this year's Black Friday-like Double 11 online shopping bonanza, according to a senior official at the State Post Bureau.

The country's postal and courier firms are projected to handle around 2.8 billion parcels compared with 1.9 billion at the time of last year's festival, according to bureau figures.

Named after the date on which it falls -- Nov. 11 -- Double 11 was started 10 years ago by e-commerce giant Alibaba Group Holding. At this time of year, online platforms offer substantial discounts to customers generating a retail frenzy that has become the world's greatest display of consumerism.

This year's event will run from Nov. 11 to Nov. 18, two days longer than in previous years, Bian Zuodong, director of the bureau's market supervision division, said on its website today.

Couriers will handle an average of 350 million parcels a day, around twice the current daily volume of about 174 million, and the daily maximum could reach 520 million, Bian added. He made his estimations based on a survey of major e-commerce platforms and express delivery companies.

There is also rising demand for cross-border online shopping, he noted, so international volumes are also likely to rise over this period. Bian did not give further details.