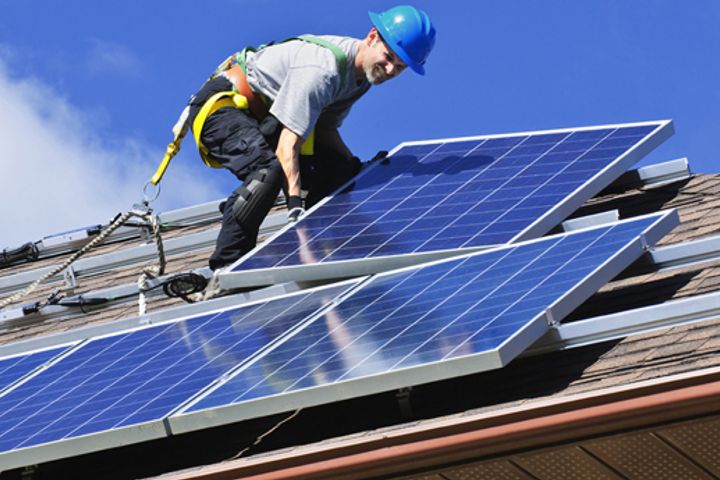 (Yicai Global) Jan. 23 -- In response to the US imposition of tariffs on imported solar panels and washing machines, Wang Hejun, director of the Trade Remedy and Investigation Bureau of the Chinese Ministry of Commerce, said on Tuesday it is an abuse of trade remedies for the US to initiate a global safeguard investigation of imported photovoltaic products and large washing machines and enact stringent tariff measures, and China expresses its strong dissatisfaction.

The United States has continuously taken trade remedy measures against imported solar products and large washing machines in recent years, and this has fully or even overly protected relevant US industries, he said.

The US Trade Representative (USTR) will impose an up to 30 percent tariff on imported solar modules for a period of four years and a tariff of up to 50 percent on imported washing machines for three years, per Section 201 of the Trade Act of 1974 (P.L. 93-618), which allows the president to grant temporary import relief by raising import duties or setting nontariff barriers on imports that harm similar US products.

The US International Trade Commission found that US manufacturers have suffered serious losses from imports and made several recommendations to the president. The penal move makes it clear yet again that the Trump administration will always defend American workers, farmers, ranchers, and businesses, said US Trade Representative Robert Lighthizer.

China is the US's leading exporter of solar panels, but the move could also cost American jobs. Most of America's work in solar panels is installation, not production. The US solar industry provides 260,000 jobs, an increase of 24 percent since 2015, data from the International Renewable Energy Agency show. The US Solar Energy Industries Association (SEIA), warned earlier that the move to impose tariffs could deprive 48,000 to 63,000 US solar workers of their jobs this year, China's official People's Daily reported.

The current foundation of international economic recovery is still quite fragile and requires the joint efforts and actions of all countries. Excessive and frequent trade protectionism can not only fail to serve as a relief for related industries, but also detract from balanced economic development. China hopes the US exercises restraint in applying trade restrictions and abides by multilateral trading rules to actively promote the world economy. China will firmly defend its legitimate interests with other WTO members against erroneous US practices, Wang stressed.