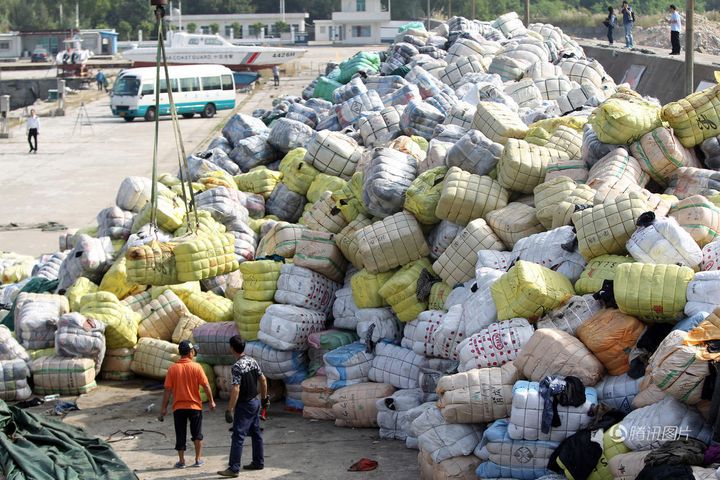 (Yicai Global) July 20 -- China will bar the import of 24 types of overseas waste in four categories by September to improve and protect the domestic environment and public health.

Government departments including the Ministry of Environmental Protection submitted relevant notifications to the World Trade Organization (WTO) on July 18.

In line with above notifications, as of September, China will ban the import of 24 varieties of wastes in four categories from daily use. Waste daily products like scrap metals, plastic bottles, old optical discs, unclassified waste paper, and waste textile raw materials are all blacklisted.

"We found that large amounts of dirty wastes or even hazardous wastes are mixed in the solid waste that can be used as raw materials. This polluted China's environment seriously," China's WTO filing said, as dnaindia.com reported.

The filing also recites that, "China has conducted urgent and substantial adjustments in the import list for solid wastes, pursuant to which, some solid wastes bringing significant pollution to the environment will be prohibited from import."

In 2016, China imported in total plastic waste worth USD3.7 billion, which accounted for 56 percent of the global trade volume of plastic waste, Reuters News Agency reported.

US waste exports to China support 155,000 jobs in the US, said Robin Wiener, chairman of ISRI. China's import ban will thus trash the US waste scrap recycling industry.