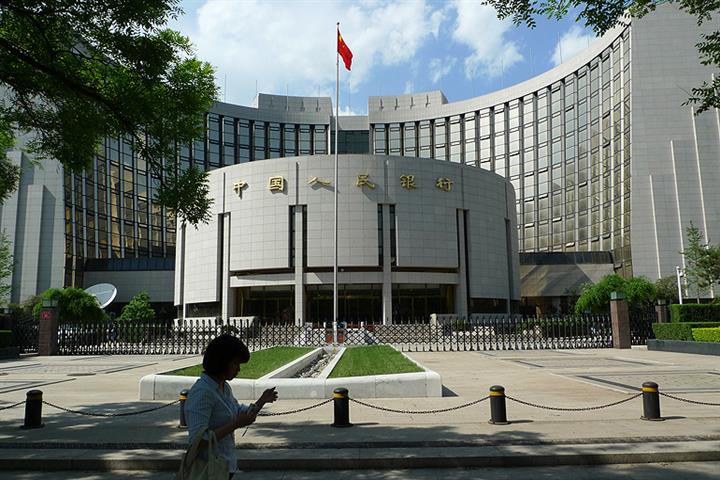 (Yicai Global) July 1 -- The central bank’s cuts to China’srefinancing and rediscount ratestoday aims to achieve precise capital investment in small- and mid-sized firms, just as the monetary authority has done previously with other tools at its disposal, according to analysts.

The People’s Bank of China has trimmed the refinancing interest rate for farmers, micro and small businesses by 0.25 percentage point, it said late yesterday.

The rates for three-month, six-month, and one-year refinancing loans now stand at 1.95 percent, 2.15 percent, and 2.25 percent. The rediscount rate was cut by the same amount to 2 percent. The bank also clipped the financial stability re-lending interest rate by 0.5 point to 1.75 percent, and 3.77 percent in the extension period.

The move is highly targeted at supporting the weak links in the real economy, but does not represent a renewed easing of monetary policy, Wang Yifeng, chief banking analyst at Everbright Securities, told Yicai Global.

Wang added that on the one hand the PBOC cut deposit and loan interest rates to narrow the gap between market capital rates and those for deposits and loans and squeeze the room for arbitrage, thus driving more market funds to the real economy.

On the other hand, it chose to trim market prices for deposits and loans by lowering the refinancing and rediscount rates rather than cutting the reserve requirement ratio to offer loans to micro, small and mid-sized firms at preferential rates, he said.

Wang Qing, chief macro analyst at Golden Credit Rating International, predicted that the PBOC’s future innovation of monetary policy tools will also focus on refinancing and rediscount, and is likely to hike the quota for both this year. Considering that policy rates tend to be adjusted together or jointly, interest rate cuts for open market operations and the medium-term lending facility will also be on the ground.