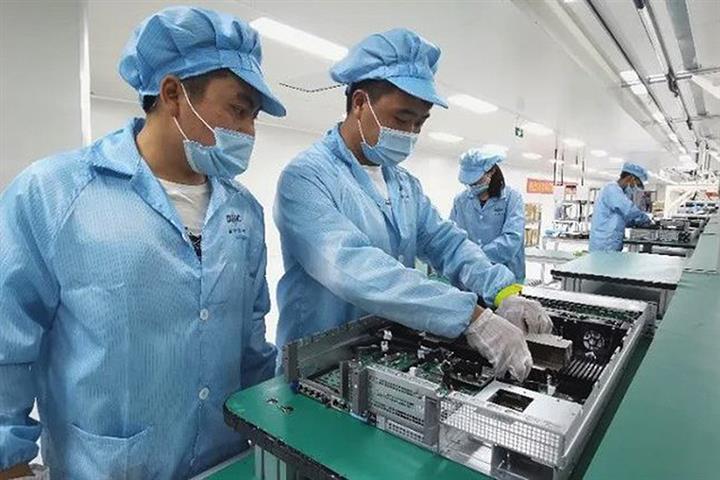 The potential buyers of Pengxiao servers include major Chinese telecoms companies, the Beijing-based tech firm said in a statement yesterday. The production line, which makes products matching Huawei's KunPeng 920 processor, was kicked off on June 21.

The expanded business scope should help Dhc to boost its revenue by more than CNY10 billion (USD1.4 billion) and its profit by over CNY1 billion within a year, the firm said earlier.

On June 21, a unit of Dhc penned deals with the Ningbo branches of China's three biggest telecoms operators so that they would prioritize Pengxiao servers in their infrastructure construction projects. The three aim to buy 3,000 units each by the end of next year.

At the opening ceremony, Dhc's unit inked an agreement with a local enterprise and an industrial park service provider to widen the factory's influence in the area. They intend to invest CNY10 billion within five years to attract 200 related technology companies to be established in what will become the Kunpeng Industrial Park.

Moreover, Big Data service provider DTCT Data&Technology has also signed a contract to purchase at least 1,000 Pengxiao servers by the end of this year.