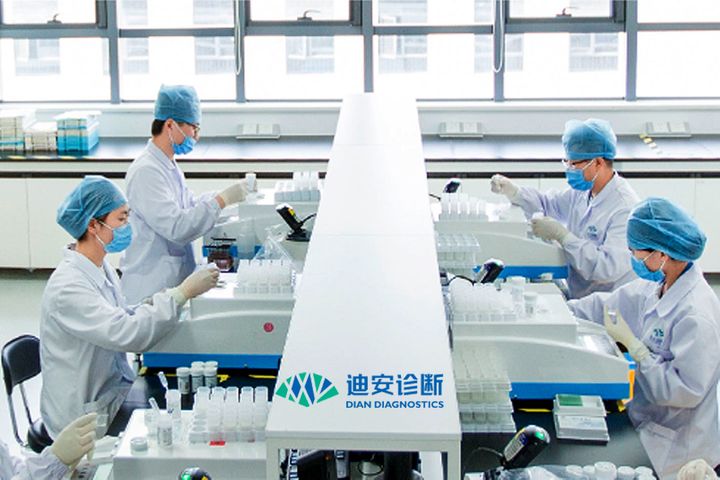 The kit tests for Covid-19 virus-specific antibodies immunoglobulin M and immunoglobulin G. It can detect the virus in its early, mid and late stages and can be used together with nucleic acid tests for better accuracy.

ThinkLab, in which Dian is an investor, is the kit's manufacturer and is currently churning out 100,000 units a day to meet demand both at home and abroad, Dian said.

China is donating and selling testing kits to more than 10 countries including Italy, the UK and the Netherlands, Lei Zhaozi, director of the Department of Science and Technology at China's Ministry of Education, said at a press conference on March 17.

Fourteen Covid-19 testing kits developed by Tsinghua University in Beijing and four other Chinese universities have gained the EU certification, according to incomplete statistics.

Li is president of Wenzhou Medical University and was elected an academician of the Chinese Academy of Engineering last November. He specializes in the research of genetically engineered protein drugs, engineering technology, new drug development, clinical application and translational medicine research.