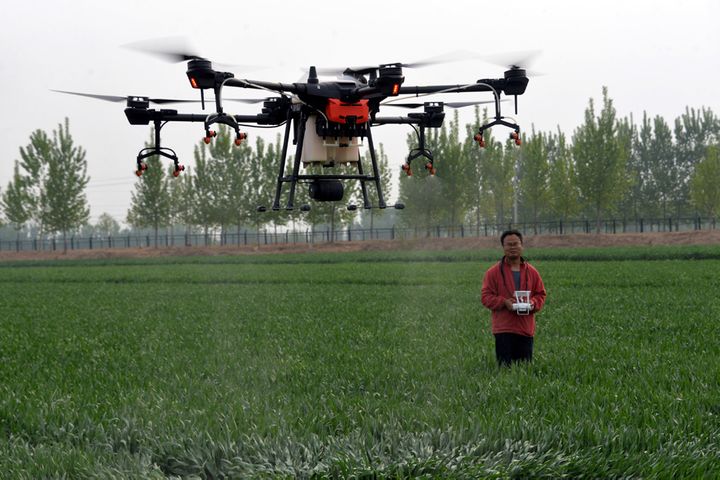 (Yicai Global) Nov. 6 -- China's drone giant DJI Technology is looking to expand its agricultural drones market share around the world with its new release T20 that has a lowered price point.

DJI launched the T20 that has an upgraded barrier radar, larger spraying capacity, and a cooler battery, priced at a minimum of CNY29,999 (USD4,288), the Shenzhen-based firm said in a statement yesterday. That is about CNY2,000 (USD286) less than last year's model Agras T16.

DJI is looking to squeeze the unreasonable profit margins of the sector, Chen Tao, sales director of the firm's agricultural department, told Yicai Global. As a result, the company has expanded relatively fast in Japan, South Korea, and Southeast Asia, and it is also selling in Latin America. In Japan, over 70 percent of locally registered multi-rotor agricultural drones are made by the Chinese firm, according to Chen.

However, expansion requires some tactical efforts. DJI needs to do market research to localize its offering and comply with local laws and regulations, said Chen. The company's sales channels are also specialized as buyers will find these types of devices through agricultural machinery dealers.

The firm has a strong foothold in China as the nation already has 10,000 DJI agricultural drones at work, according to Chen. Since the beginning of this year, they have been covering an area of over 153,000 square kilometers.