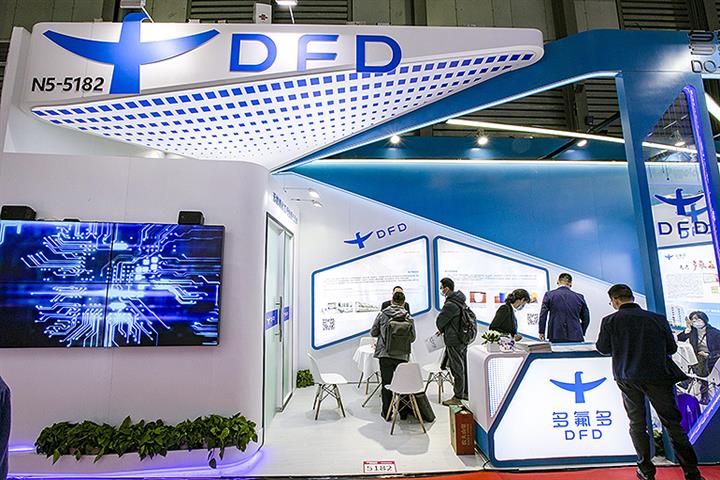 (Yicai Global) Nov. 16 -- Do-Fluoride New Materials, a Chinese manufacturer of inorganic fluoride products, has signed its second contract in five months with BYD and will supply the auto giant with CNY28 billion (USD4.4 billion) worth of electric vehicle battery raw materials based on current pricing.

BYD will purchase at least 56,000 tons of lithium hexafluorophosphate, a key ingredient of electrolyte materials commonly used in lithium-ion batteries from next January to December 2025, the Jiaozuo, central Henan province-based firm said yesterday.

No product pricing was given but based on today’s market price of CNY500,000 (USD78,431) per ton, the contract could be worth CNY28 billion.

The price of lithium hexafluorophosphate product has quintupled since the start of the year as sales of new energy vehicles surge. As a result, raw materials suppliers such as Do-Fluoride are rapidly expanding production capacity and battery makers are seeking to sign long-term purchase contracts to ensure supply.

BYD already placed an order of 6,460 tons of lithium hexafluorophosphate with Do-Fluoride in July to be supplied until the end of next year. It is not clear if the new agreement replaces the current one or is in addition to it.