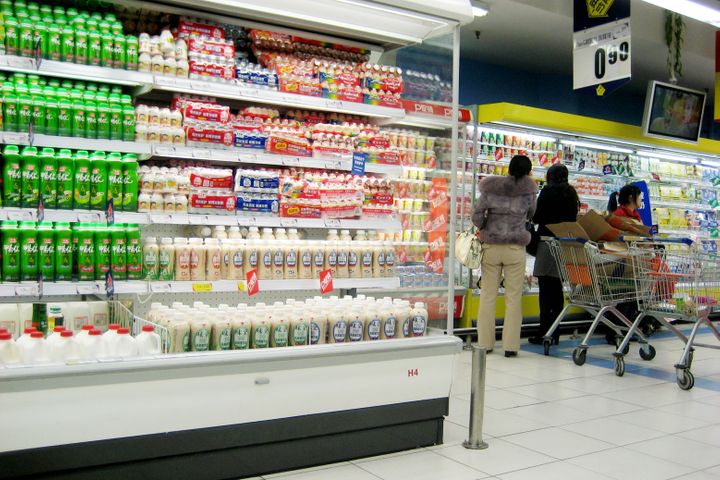 China's Domestic Milk Is On the Rise as Dairy Imports Decline

(Yicai Global) July 17 -- Imported dairy is losing its appeal in China, according to a white paper published by the General Administration of Quality Supervision, Inspection and Quarantine.

The China White Paper on Quality and Safety of Imported Food in 2016 showed that over 1.3 million batches of imported food passed inspection and quarantine last year, growing at a slower rate than the previous year.

After a peak in 2014, the import value and market share of dairy products began to slide, Beijing Business Today reported. Last year, China imported 17. 1 percent of its domestic dairy supply, including 965,000 tons of milk powder (including whey) and a million tons of other dairy products. However, the import volume of infant formula milk powder grew rapidly, up 25.6 percent on the year to 221,000 tons. The powder was sourced from 18 countries and regions with the European Union, New Zealand and South Korea ranking as the top three suppliers.

Several years ago, the domestic market was quite dependent on imports due to a large price difference at home and abroad, lack of consumer confidence in China-made products and other factors, an official at the Ministry of Commerce said. Imported milk powder accounted for almost a quarter of domestic supply in 2013 and 2014. However, quality improvements at Chinese companies are allowing them to expand their market share.

"China has attached more and more importance to the quality and safety of dairy products," said Hu Dinghuan, a researcher with the Institute of Agricultural Economics and Development at the Chinese Academy of Agricultural Sciences. "Regulatory policies have become increasingly stringent since the melamine incident."

With rapid development in recent years, firms are now able to undertake large-scale dairy farming and put more emphasis on operations and management. "At the same time, domestic consumers have started to change this concept," Hu added. "The frequent quality problems of imported dairy products are accompanied by the reputation of domestic dairy products and consumer preference for domestic brands, which could be the cause for the decline in import volume."

However, China's 'second child' policy and other factors have ramped up demand for domestic infant milk powder. Some higher-income families still prefer foreign powder, which is why imports continue to grow, he added.

Industry experts believe a slide in liquid milk imports could be a significant contributor to the general decline of dairy products.

The rise of the domestic dairy industry has exerted a great impact on the import of liquid milk and the improvement in the quality and image of domestic dairy products has led to the consumption of related products, one expert explained, while an official at the agricultural ministry's Department of Animal Husbandry said China's fresh milk quality is at an all-time high.