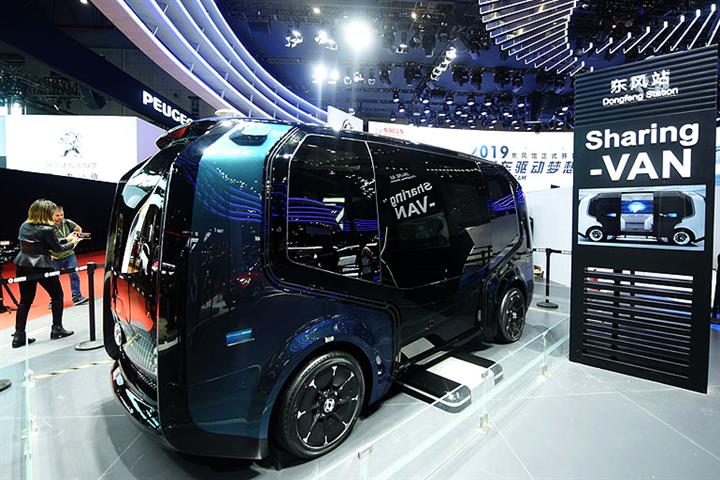 The first batch of six self-driving vehicles rolled off the carmaker’s production line in June. They have since been an active part of the National Laboratory for Marine Science and Technology in Qingdao, northeastern Shandong province, transporting people and goods, the report said.

The Wuhan-based company has another 70 orders to fulfill for customers in Zhejiang, Guangdong and Hunan provinces as well as Beijing, and production is in full swing.

The minivans can seat between four and six people and can reach speeds of 30 kilometers an hour. They can be used as shuttles at airports, industrial parks and suburban residential areas as well as for rural public transport. They can also be turned into an unmanned delivery vehicle or mobile vending machine with speeds of up to 20 kilometers per hour.

The self-driving bus uses Dongfeng’s Sharing-VAN platform through a fifth-generation wireless network. It is able to automatically slow down and brake on sensing an oncoming vehicle or passing pedestrian. In an emergency, a remote control center can take control of the bus in less than six milliseconds.

There are five tiers for autonomous driving from level one, which is equivalent to manual, to level five, where the car can replicate the same level of driving skills as a human driver. Level Four is fully automated driving where the vehicle is able to drive on its own for an entire journey in a limited number of scenarios.