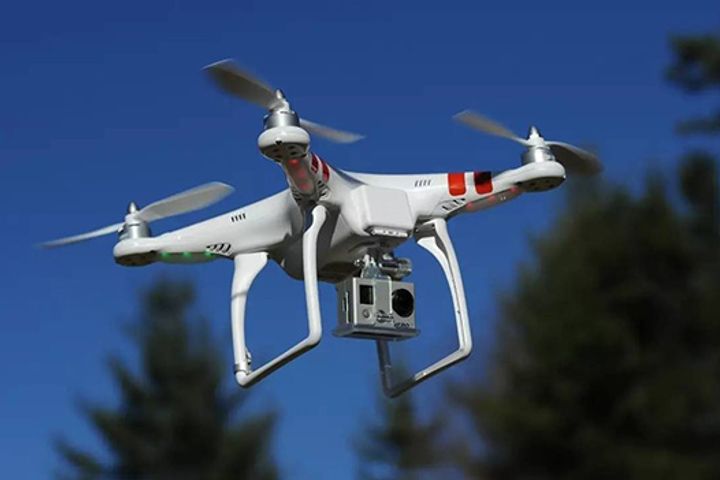 (Yicai Global) Sept. 5 -- Chinese drone maker DJI has flown into trouble in the US market after the local subsidiary of its Chinese competitor filed a complaint seeking an investigation for alleged patent infringement against it.

The firm, Bothell, Washington-based Autel Robotics USA, an affiliate of Autel Robotics, based in Shenzhen, China, filed the petition with the US International Trade Commission on Aug. 30 invoking Section 337 of the US Tariff Act of 1930, accusing unmanned aerial vehicles and components imported into and sold in the US by DJI and its affiliates of infringing its patents. It also demanded a limited exclusion order and an injunction, China's Ministry of Commerce reported yesterday on its website.

Unfair acts per the law refer to unfair methods of competition and unfair acts in the import and sale of products in the US, whose threat or effect is to destroy or harm a domestic industry, prevent its establishment, restrain or monopolize trade and commerce or infringe valid US trademarks and patents or other design rights.

DJI, also headquartered in Shenzhen, is the global leader in UAV control systems and solution research, development and manufacturing, with customers in more than 100 countries worldwide. It claims about 70 percent of global market share, public information shows.

The investigation application is not the first conflict between the two. DJI took Autel to court in China in 2015, arguing the latter's drone X-STAR infringed the design patent to DJI's own product. An appeals court in Guangdong province ultimately concluded last year that "there is insufficient evidence to prove that Autel has sold the subject drones in China ... The existing evidence is not enough to conclude that Autel has engaged in the infringement" after two years of litigation.