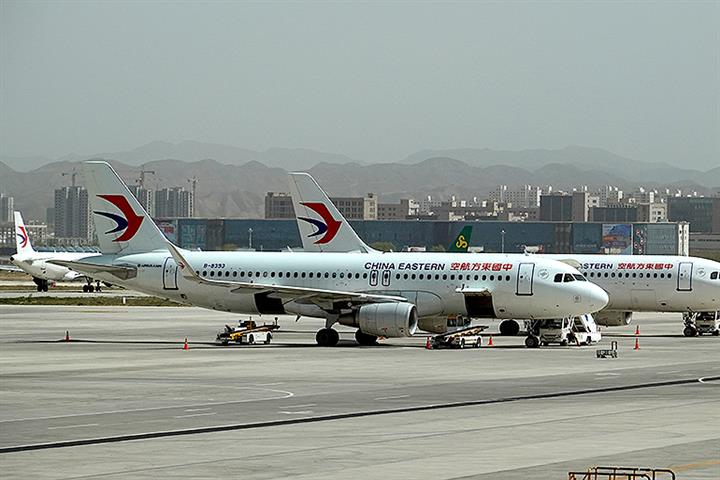 China Eastern Airlines to Raise Up to USD2.2 Billion in Share Sale to Buy 38 New Planes

(Yicai Global) May 11 -- China Eastern Airlines, which had 758 passenger planes in operation as of the end of last year, plans to raise as much as CNY15 billion (USD2.2 billion) through a non-public sale of shares and use the money to buy 38 new aircraft and boost its working capital.

China Eastern will buy 24 Comac ARJ21-700, four Comac C919, six Airbus A350-900, and four Boeing B787-9, the Shanghai-based firm said yesterday. The jets, which are expected to be delivered between this year and 2024, will cost CNY10.5 billion in all. The other CNY4.5 billion raised will go to replenish the carrier’s working capital.

The airline said the new aircraft will increase capacity, especially on major routes, cut fuel consumption and maintenance costs, and boost revenue. It calculates that the planes will add nearly CNY4 billion to annual income.

Revenue fell 5.5 percent to CNY12.7 billion in the first quarter of 2022 from a year earlier because of outbreaks of Covid-19 in China. The airline’s net loss more than doubled to CNY7.8 billion (USD1.2 billion).

China Eastern earlier signed an agreement with Commercial Aircraft Corporation of China, or Comac, to become the first airline to take delivery of the first five domestically developed C919 passenger jets. In yesterday’s statement, it added that the price for each of these short- and medium-range aircraft is CNY653 million (USD99 million).