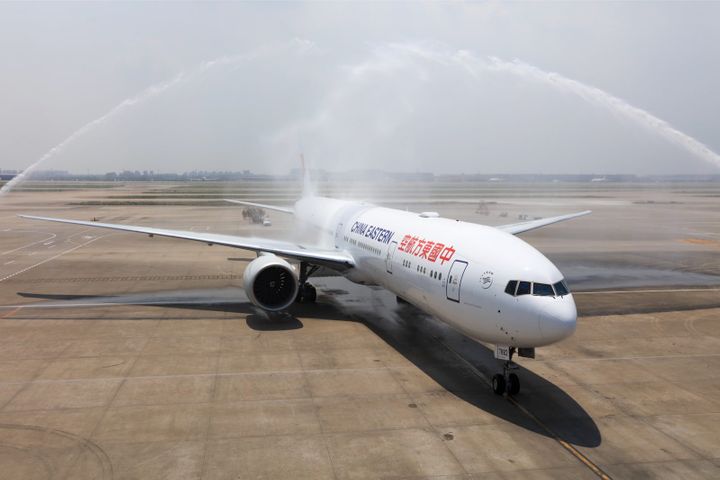 The last one, coded B-7882, left Seattle and arrived at Shanghai Pudong Airport yesterday to join the airlines' hangar of 650-odd planes.

Successful deliveries of the B777-300ER airliners attest to the company's resolve to simplify its fleet structure and scale up its presence on the international market through comprehensive reforms.

Eastern Airlines is showcasing a new logo and paint job on the planes, and their delivery marks an important step in the company's campaign to optimize its fleet structure.

"We've been promoting fleet restructuring for seven to eight years, and it is the key to effectively controlling operating cost control," Tang said. China Eastern Airlines used Airbus A340-600 for most routes in the US before, but with the delivery of the B777-300ER, the four-engine airliners will be replaced by two-engine ones, saving 7.6 million liters of fuel per annum, or enough to fly a Boeing 737 for more than one year.

The new 20 B777-300ER plane model will cruise to new geographic settings, Tang said, particularly in Vancouver, Canada year-round, in Europe (during the peak season in spring and summer) and in Australia (in winter and spring). The world's most advanced long-range jet airliners, Boeing 787-9 and Airbus A350-900, will also join the airline's fleet in June and October next year, further consummating the airline's fleet structure.

Eastern Airlines has retired eight old models in recent years. The Airbus 330 and Boeing 777 currently fly most of its long-haul routes, while the narrow-body Airbus 320 and Boeing 737 ply most domestic routes.