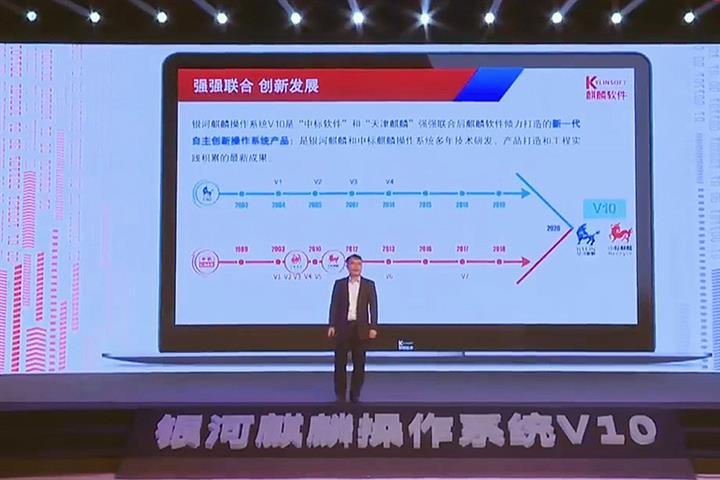 (Yicai Global) Aug. 17 -- China Electronics, one of the country’s biggest electronics firms, has released its own operating system Kylin V10 to pave the way into the new fifth-generation mobile network era and as part of China’s drive to wean itself off US technology as trade tensions escalate, Xinhua News Agency reported today.

Named after a Chinese mythical unicorn, the Kylin OS is compatible with the Android ecosystem and can be used on mobile phones, tablets, personal computers and other electronic devices. Its Kydroid software can transfer over three million Android applications to the new system.

Computer operating systems are mainly dominated by big US players, such as Microsoft's Windows, Google's Android and Apple's Mac OS. However, a series of trade bans imposed by the US on Chinese firms due to national security concerns have forced the country’s enterprises to quickly develop their own computing hardware and software.