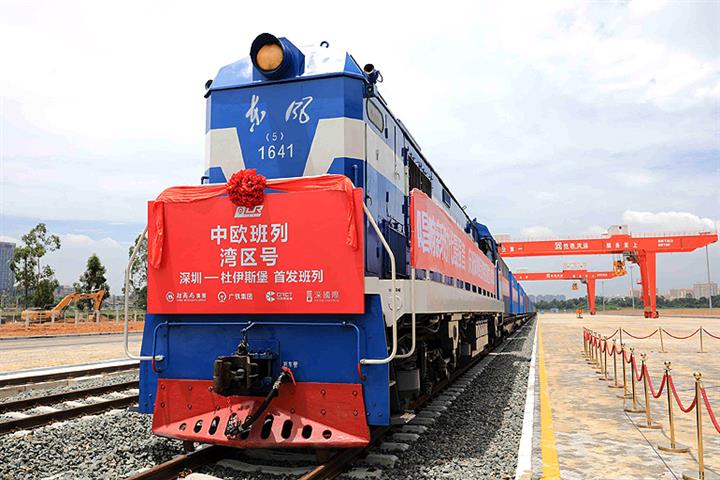 (Yicai Global) Sept. 9 -- Cargo train transport between China and Europe has been increasing strongly amid the Covid-19 pandemic as the number of trains reached another record high last month.

The China-Europe Railway Express's figure rose by 62 percent to 1,247 trains from a year ago, a record high for the second straight month, the Paper reported today. The number of twenty-foot equivalents climbed by 66 percent to 113,000.

The increase is backed by trade data. In the first eight months of this year, trade between China and the European Union rose by 1.4 percent to CNY2.81 trillion (USD410.3 billion) from a year earlier, according to data released by the General Administration of Customs. The increase was 0.1 percentage point higher than that of the first seven months of this year.

China State Railway Group has strengthened cooperation and opened new routes such as one from Russia's Kaliningrad to Germany's Sassnitz, another one from Russia to Hungary via Ukraine, as well as an Azerbaijan-Georgia-Turkey route while trying to assure safety amid the pandemic, said an executive in charge of the state-owned firm's cargo department.