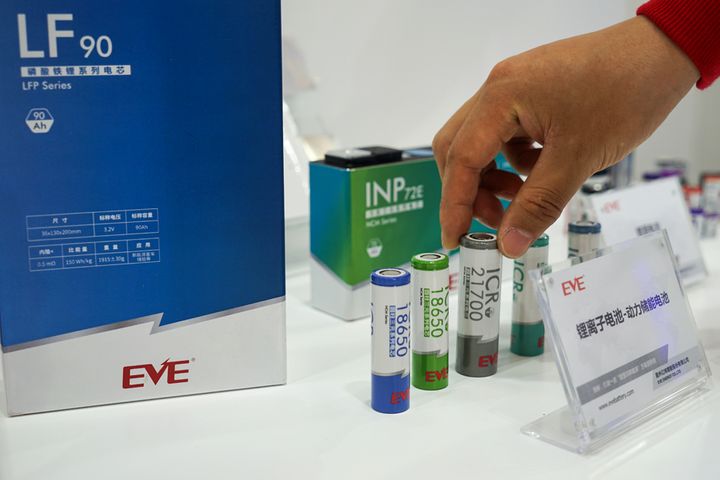 Its share price [SHE:300014] was trading at CNY32.27 (USD4.51) as of 10.40 a.m., significantly outperforming the ChiNext Price Index, which tracks Shenzhen-listed growth enterprises and was down 0.61 percent as of the same time.

Eve forecasts total revenue of between CNY1.14 billion (USD160 million) and CNY1.17 billion for the first three quarters, at least tripling revenue from the same period a year earlier. Its previous forecast had pegged revenue at between CNY885 million to CNY951 million, more than double its income in the year-ago period.

The company attributed to improved results to higher demand for its products -- with revenue growing 50 percent faster than a year earlier -- and a greater gross margin.

Eve revealed at the end of last month that it would set up a 50-50 joint venture with South Korea's SK Innovation in China. The new firm will produce 20 gigawatt-hours to 25 gigawatt-hours of soft-package power batteries for auto companies each year with total investment in the project reaching up to CNY3.5 billion.