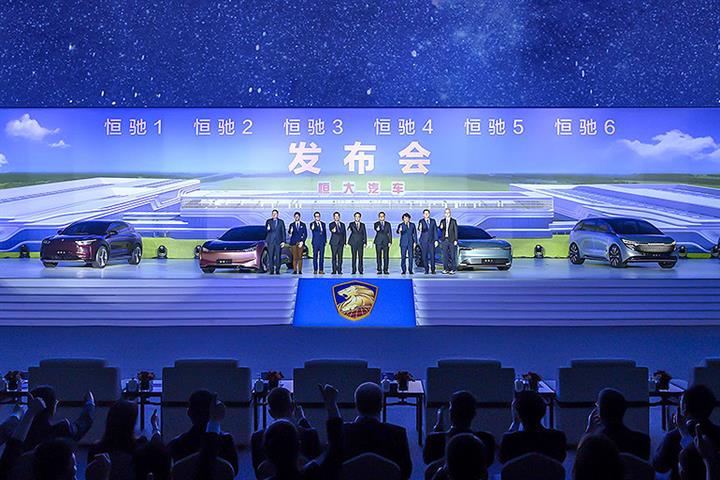 Mass production of the vehicles will begin next year, the Shenzhen-based firm said.

Evergrande’s NEV production base plant in Guangzhou, southern Guangdong province, will go into operation in September or October, according to tech media 36Kr. The firm intends to build 10 vehicle manufacturing and core technology parts plants in China, Sweden and countries along the route of the Belt and Road initiative, the firm said previously.

Each base will have a production capacity of 100,000 units a year in the first phase which will grow to one million units a year after two to three years, and five million cars a year in 10 to 15 years, it added.

Evergrande aims to be the largest and most powerful NEV maker in the world in three to five years’ time, Xu said last year.