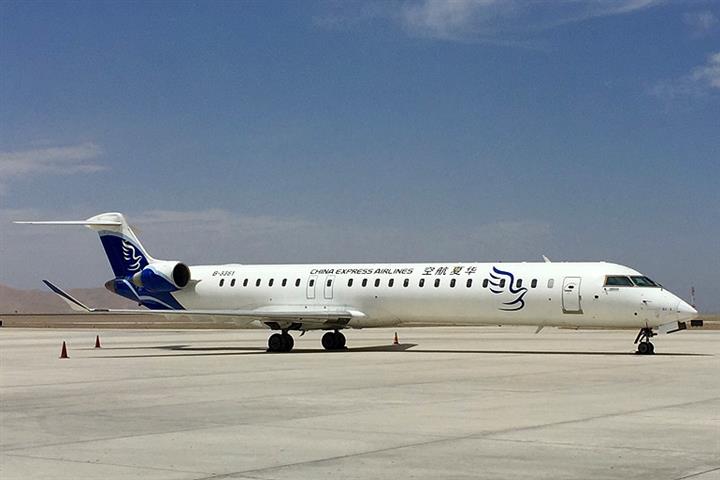 (Yicai Global) Aug. 30 -- Shares in China Express Airlines, also known as Huaxia Air, plummeted by the exchange-imposed limit today after an aircraft carrying 64 passengers veered off the runway when landing in the Xinjiang Uyghur Automomous Region yesterday. There were no casualties.

Flight G54394 from Korla to Aksu slipped off the landing strip last night, Xinjiang Airport Group said on its WeChat account today. Everyone was evacuated in an orderly manner, it said. Of the nine crew members and 64 passengers, four were slightly bruised.

China Express, which operates 148 regional routes, has yet to comment on the matter and no explanation has yet been given for the accident.

The aircraft involved is the Bombardier CRJ 900 and Chongqing-based China Express is the only carrier in the country to use this type of airplane.

China Express logged a 41.7 percent leap in net profit in the first half from the same period last year to CNY11.7 million (USD1.8 million), according to its latest earnings report. Revenue was up 17.4 percent to CNY2.3 billion (USD355.6 million).