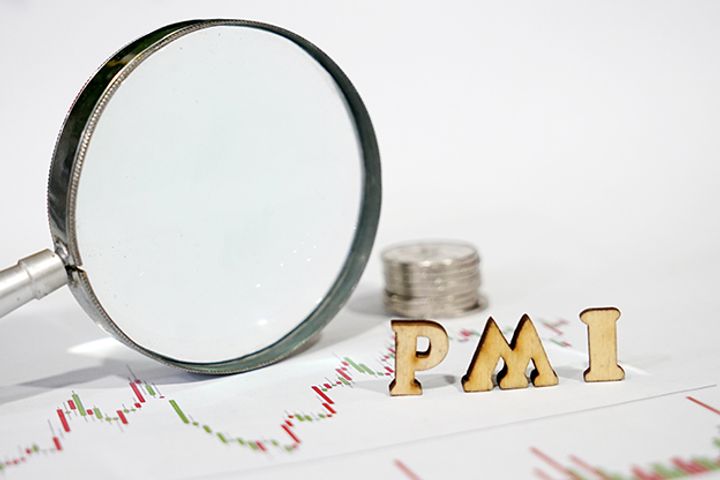 The Caixin China General Manufacturing Purchasing Managers' Index fell below 50, the threshold separating contraction from expansion, for the first time since June 2017. The official manufacturing PMI, released by the National Bureau of Statistics on Dec. 31, also dipped below that level.

Caixin's gauge dropped 0.5 percent to 49.7, financial information provider Markit said on its website. The official measure dipped to 49.4 for the first time since 2016, NBS data show.

"Domestic demand in manufacturing weakened in December with external demand still subdued due to the trade frictions between China and the United States," Zhong said. "Firms were more willing to destock while industrial prices tended to decline, which could further hamper production."

The sub-index for new orders slumped below 50 for the first time since July 2016, reflecting shrinking demand. Employment inched up, but remained in contractionary territory, while output rose to slightly above 50, still near its lowest level in three years. Weak demand will gradually become more evident in production.

The manufactured inventory index dipped slightly, and the purchasing inventory index slid below 50. Firms were more willing to destock, which is not conducive to the stability of subsequent output, according to Zhong.

The sub-index for suppliers' delivery times rose above 50 for the first time since August 2016. The improvement in manufacturers' cash flow was probably the result of recent government policies to boost financing for small- and medium-sized companies and the State Council's call for private firms to help clear the outstanding payments of government departments and state-backed large enterprises.

Both the ex-factory price and the input price index fell sharply, in line with the recent weakening of crude oil prices and domestic commodity costs. The producer price index is likely to speed up its decline compared with the same period last year.