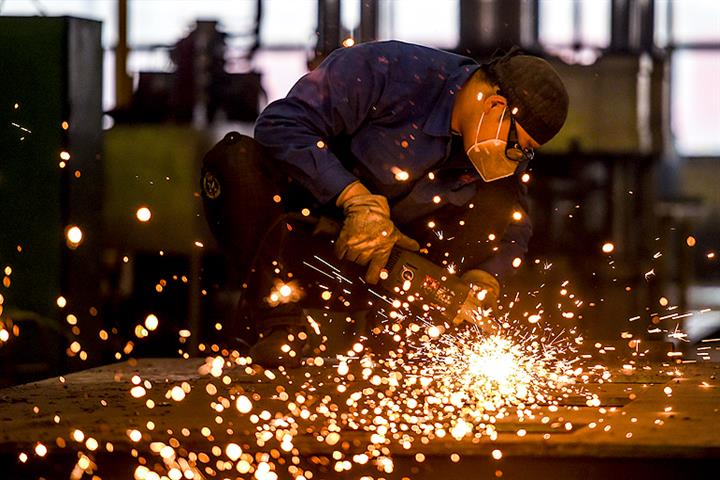 (Yicai Global) April 30 -- China’s purchasing managers' index for manufacturing, a gauge of factory activity, slid 0.8 point in April from March to 51.1 and that for non-manufacturing, which assesses the service sector, fell 1.4 point to 54.9, according to the latest statistics, but both stayed above the benchmark of 50, indicating expansion.

The composite PMI index, an indicator of economic activity in both the country’s manufacturing and non-manufacturing sectors, dropped 1.5 point to 53.8 this month, indicating the overall production and operation activities of Chinese companies have slowed down, according to data released by the National Bureau of Statistics today.

The production and operations sub-index rang in at 58.3, 0.2 point lower than last month but well into expansion territory and much higher than it has been in the same period over the past two years.

The construction sector declined 4.9 point to 57.4 while the service industry sector scored 54.4, a drop of 0.8 point from last month but 2 points higher than the first quarter average, indicating that the sector is recovering steadily.