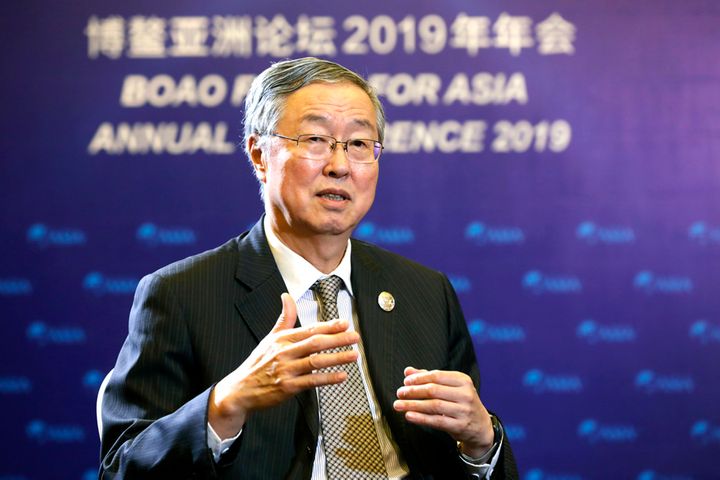 China's Financial Opening-Up Does No Harm to the Market, Ex-PBOC Chief Says

(Yicai Global) March 29 --  China's economic reform poses no deep adverse effects for the market,  according to the former governor of the People's Bank of China.

Financial opening up is  good for competition and will not substantially harm the market nor  financial institutions, Zhou Xiaochuan, who is also the vice chairman of  the Boao Forum for Asia, told Yicai Global today at the political  conference.

China's financial  institutions have gained a firm foothold in many respects, Zhou said.  China started to reform its financial sector very early but the  opening-up is not enough and it will be deepened, he added.

Foreign institutions are  willing to expand their businesses in China, especially in terms of  corporate bond underwriting, as China's bond market is becoming more  accessible, he added.

The future will hold a  regulated floating exchange rate system for the Chinese yuan, which will  allocate resources to the market and facilitate an economic balance,  Zhou said. The exchange rate has become more market-oriented and  internationally recognized after surviving the Asian and global  financial crises, and the redback has a larger floating range that  reflects the supply and demand, according to Zhou.

China is a vital part of  the global economy as it is the world's largest trading country and an  important investor, and with an effective exchange rate mechanism, it  can have a better role in the global economy, including the financial  systems of the Belt and Road nations, according to Zhou.

The former chief of the  central bank also talked about the reform of the World Trade  Organization. Zhou has discussed with think tanks, particularly European  ones, about how to upgrade the international trade body. The  participants have agreed on some aspects, but other parts they disagree  on, so no final plan has been crafted.

The WTO could have two  different futures, according to Zhou. The first one is that most WTO  member countries agree on a reform plan that will be adjusted to gain  everyone's favor. However, if WTO members cannot reach a consensus, each  region needs to negotiate their own free trade agreements. In this  case, these regions must prepare backup plans if these deals do not  deliver as expected.