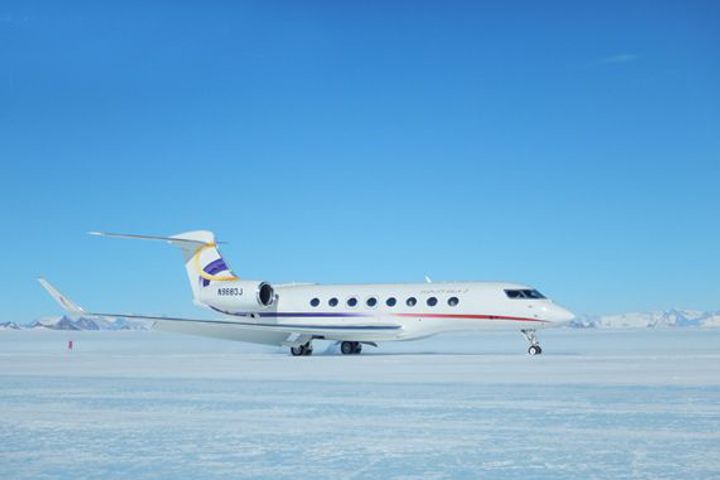 "This is very symbolic," the BBC quoted Nengye Liu of the University of Adelaide as saying. "It ties in with the bigger picture of China getting more and more actively involved in Antarctic affairs."

"Of course it's extremely expensive but it does showcase China's growing interest in the region," Liu said.

China has shown a strong political will in participating in Antarctica governance ever since its decision to include the polar regions as one of the country's new strategic frontiers in 2013, the BBC reported.

China is the second largest source of tourists to Antarctica, but it does not have any control or influence over the Antarctic tourism market, said a manager at HNA Group who was on the expedition. All previously available Antarctic tour products in China were outsourced to foreign companies.

The number of Chinese tourists to the South Pole has increased dramatically from less than 100 in 2008 to 3,944 last year.

Getting China involved in Antarctica governance as a responsible world power will facilitate collaborative technology development and environmental protection efforts in the region as well as the performance of relevant international treaties, Wang said.

The world's first Antarctic cruise ship was built in 1969, marking the start of the tourism industry in that continent. Some 30,000 to 40,000 tourists visit Antarctica each year.

Most Antarctica-bound travelers come by boat -- typically from the port of Ushuaia, the southernmost point of Argentina.

The Chinese government plans to invest substantially in polar exploration projects, per the five-year plan released at the recent National Congress of the Communist Party of China.

"Eventually, China's ambition is that they will be able to put forward their own proposal to influence how the two polar regions will be governed," Liu said.