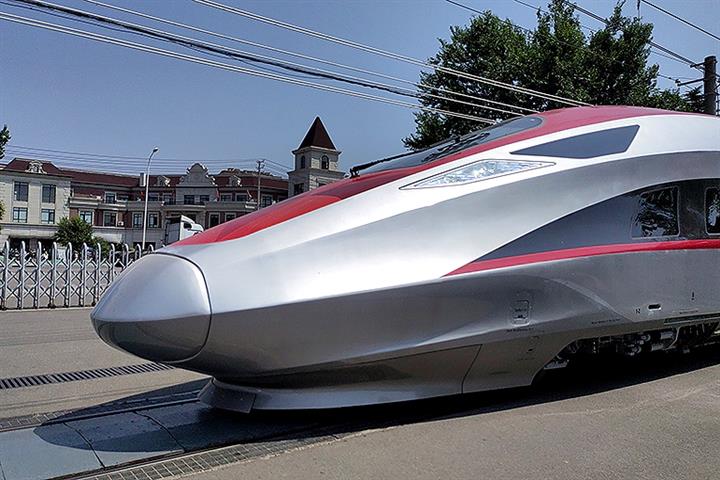 The EMU has rolled out of CRRC's production line in eastern China's Qingdao, and will be exported to Indonesia, state broadcaster China Central Television reported today. This marks the first time that a Chinese company delivers the whole industrial chain of a high-speed railway service overseas.

The EMU, which will run on the Jakarta-Bandung high-speed railway route, has a maximum speed of 350 kilometers per hour. The system of self-propelled carriages uses China's domestically developed Fuxing bullet train technology.

The Jakarta-Bandung railway is a joint venture founded by China State Railway Group and a consortium of Indonesian state-owned enterprises. The 142-km project began construction in June 2018. After 13 tunnels were completed in June, the whole line is expected to be operational by mid-2023. This means that travelers will only take 40 minutes to reach Bandung from Jakarta instead of the current three hours.

CRRC has been eyeing overseas rail transit projects in recent years. Last December, the Lancang EMU, built by the state-owned locomotive giant, started operating on the China-Laos railway. The maximum speed of Lancang is 160 km per hour. The 922-km route connects Kunming, the capital of southwestern China's Yunnan province, with Vientiane, the capital of Laos.

CRRC was established in 2015 via a merger of China's top two high-speed rail makers, China North Railway and China South Railway. Headquartered in Beijing, CRRC employs more than 170,000 people, according to its website.