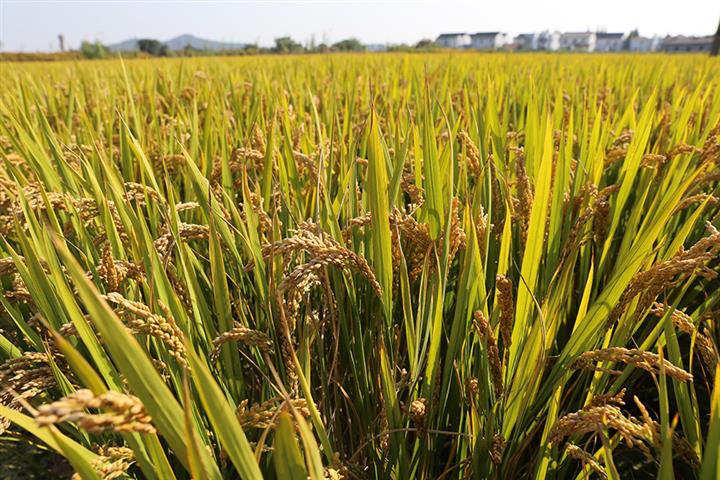 China’s Food Security to Be Greatly Fortified Over Next Decade, Ministry Says

(Yicai Global) April 20 -- China's self-sufficiency in grain supplies will increase significantly from this year to 2029, though the nation will remain dependent on soybean imports, a government report said.

Over the next 10 years, the accelerated transformation and modernization of China’s agricultural sector will see increased yields and a better supply of grain and other agricultural products, ensuring the country’s food security, China Central Television reported today, citing the report from the Ministry of Agriculture and Rural Affairs.

The country is expecting a bumper harvest of the three staple grains -- rice, wheat and corn -- this year, despite the unexpected hit from the Covid-19 epidemic in the first quarter, it said. This is mainly due to a higher yield level from almost one billion hectares of sown land.

Unhusked rice production should reach 200 million tons by 2029 and that of wheat 135 million tons.

Pork imports will continue to rise this year in the wake of an outbreak of African swine fever that has devastated pig herds across the country, the report said. Imports of the meat will likely jump 32.7 percent from last year to 2.8 million tons.

But supply and demand should be more balanced by next year, and from 2022 China’s hog rearing capacity will most likely be back to normal, it added. Pork production is expected to reach 59.7 million tons by 2029 and imports should drop to 1.2 million tons that year.

No change will occur to China's long-term dependence on soybean imports, the report said. The limited amount of arable land available means China will need to rely on imports to supply a growing population and increased demand in the animal husbandry sector. Soybeans are an important component of animal feed and cooking oil.