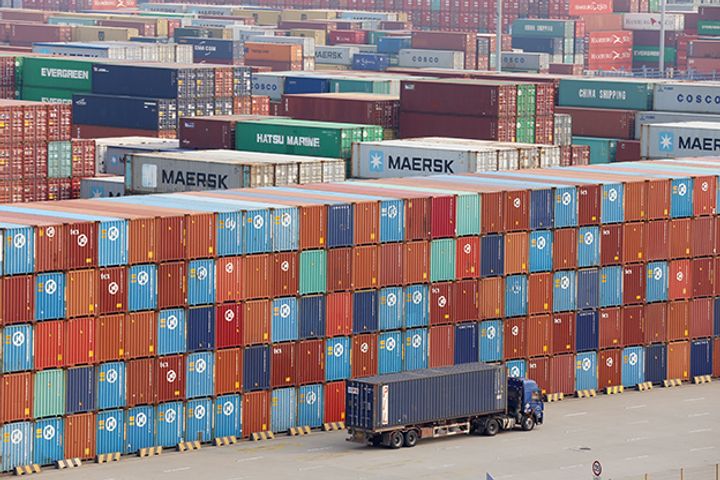 (Yicai Global) Dec. 21 -- China's import and export volume has increased 198 times over four decades of reform and opening-up to become one of the most important forces driving world trade growth, according to the customs administration.

The expansion of trade averaged 14.5 percent annually in the past 40 years, China News Service reported, citing comments made by Zou Zhiwu, deputy director of the General Administration of Customs at a forum in Beijing yesterday. In that period, China's share of global trade has risen to more than 11 percent from 0.8 percent, he added.

The country's foreign trade has gradually shifted to high-quality from high-speed development over the past decade. Mechanical and electrical products bumped textiles and clothing for the first time in 1995 to become China's largest-volume export commodity, marking a shift in export commodities from labor-intensive to capital-intensive.

CNY290 million (USD42 million) worth of goods enter and leave the customs system every five minutes, including four docking or outgoing international ships, nine taking off or landing international airlines, 1,120 containers, 5,492 shipments and 8,655 units of goods coming or going.

Exports of mechanical and electrical products exceeded USD1 trillion for the first time in 2011, Zou said.