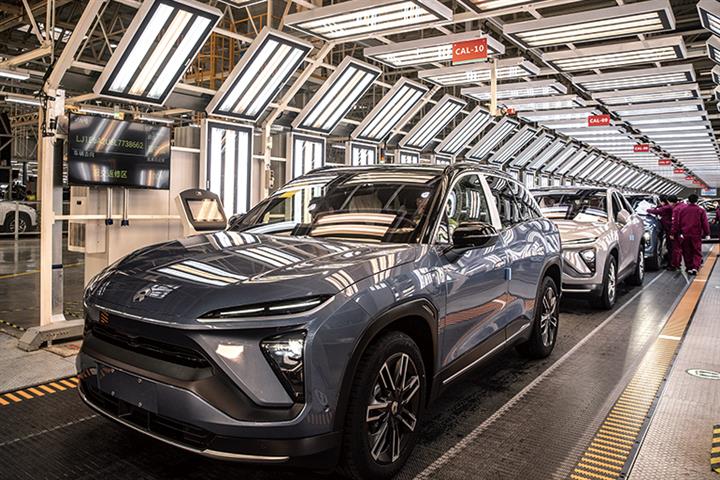 (Yicai Global) March 29 -- Nio’s name is will likely be removed from that of its joint venture with Guangzhou Automobile Group next month after the Chinese electric carmaker’s stake in the business shrank, Yicai Global has learned.

The pair formed GAC Nio in 2018 and planned to invest CNY1.28 billion (USD195.2 million) in the business. But following GAC Nio’s latest funding round, Shanghai-based Nio’s stake will fall to 4.46 percent. It once owned 45 percent.

A corporate name change is normal as Nio’s equity has been diluted, Nio founder Li Bin told Yicai Global in a recent interview, adding that the electric vehicle startup will continue to support the JV.

Nio has been struggling amid fierce competition in the smart car sector, and its shares plunged last week after it announced a production halt due to the global chip shortage.