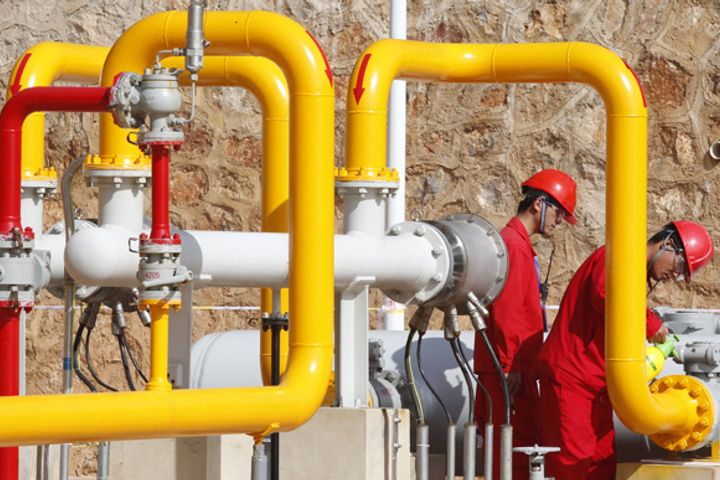 (Yicai Global) June 22 -- The Chinese government's plan to strip the country's three biggest state-owned oil and gas explorers from their pipeline assets to eliminate monopoly will face difficulties in evaluating and redividing assets, a professor from a renowned Beijing-based economics university says.

The network firm is rumored to reach the worth of up to CNY500 billion (USD78 billion). The three state-owned oil companies are China National Petroleum, also known as PetroChina, China Petroleum & Chemical, also known as Sinopec, and China National Offshore Oil. The firms' assets will be spun off before this winter, domestic media reports suggest.

The reform is aimed to help attract third-party investment from private and foreign investors, as well as pension funds or other government investment. After years of state-owned enterprises' debt-fueled expansion, the revamped ownership policy will allow the state sector access additional funding without losing operational control.

In the process of reorganization, the combined shareholdings of the three major oil firms will be reduced to approximately 50 percent, Dong said. Finally, the newly formed companies may apply for initial public offerings.

The process of opening up the locked, profitable assets faces critics. It will be difficult to assess the existing assets due to their complexity, especially for those of listed companies, Dong said. "Moreover, deciding on appropriate pricing for such colossal enterprises is also difficult."

Take the example of CNPC which owns the largest number of pipelines, making up about 70 percent, Dong said. In case of setting up a joint venture in the traditional terms, CNPC will retain dominance in the new company, which defeats the goal of restructuring. "It may be necessary to introduce a large amount of investment from fund companies or investment institutions to the JV to dilute CNPC's control."