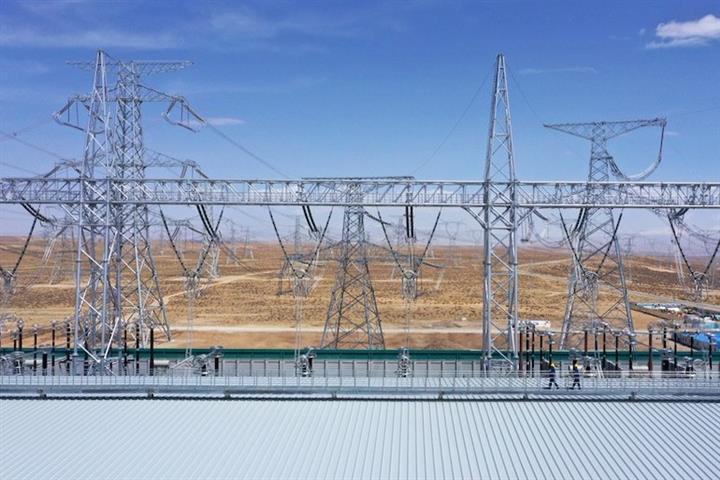 China Goes All Out to Cope with Power Outages

Factories across various industries, including furniture, food and chemical production, have suspended their operations and rescheduled production.

"Some of our branches in Hunan, Jiangxi and Heilongjiang have suspended production because of power curbs," said Peng Shufen, general manager of an environmental protection technology company based in southern China's manufacturing hub Guangdong Province.

By Sept. 28, over 20 Listed companies had said in their filings to the stock exchanges that the power curbs had influenced their production.

In fact, the power squeeze has been evolving throughout this summer but was noticed by the public when sudden blackouts hit households in the northeastern region.

In late September, some residents of cities in northeastern China found their life disrupted as traffic lights were turned off and elevators suspended operation.

"The electricity suddenly went out at night on Sept. 23, and I had to drive to my parents' home miles away to stay there," said Liu Hongpeng, who lives in Shenyang in northeast China's Liaoning Province.

The power shortages are born from a combination of factors, including the country's heavy reliance on coal, the instability of clean power, and surging production activities bolstered by pent-up demand amid economic recovery, according to officials and industry analysts.

Thermal power still takes up a large share of China's energy output, accounting for about 70 percent of the country's power generation.

Coal prices have shot up because of tight coal supplies, prompting power stations to reduce their output to avoid losses because of official caps on electricity prices.

"The price of standard coal has surpassed CNY 1,000 ((about USD 154.2) per tonne, reaching a record high for the past 20 years," said a manager of a thermal power plant in Liaoning Province anonymously.

"Our costs have more than doubled, and that's why power generation companies are reluctant to generate more power," the manager said.

Another manager of a power company in Guangdong expressed the same view, saying the company would lose millions of yuan a day if all of its generators were put into operation in light of the rising costs.

In the first eight months of the year, China's power consumption went up 13.8 percent year on year. However, the installed power generation capacity only increased 9.5 percent during the period, data from the National Energy Administration showed.

Apart from the short supply, the mounting electricity demand resulting from strong economic recovery has also contributed to the power shortage.

As production activities in some countries were hindered by the pandemic, the global demand for goods manufactured in China increased greatly, which boosted power consumption in some coastal cities, Yang Fuqiang, a researcher with the Peking University Institute of Energy, noted.

What is aggravating the power crunch is an apparent drop in clean power generation. For instance, wind power output in Liaoning suddenly fell to 70,000 KWh in September due to poor weather conditions, in sharp contrast with the actual installed wind power capacity of 10 million KWh, according to data from the State Grid Liaoning Electric Power Supply.

China has moved fast in coping with the power crunch, taking a slew of measures to ensure household power supply and keep factories of the world's second-largest economy running.

In a circular issued recently, China's top economic planner, the National Development and Reform Commission (NDRC), urged promoting the signing of mid- to long-term coal supply contracts among power generators and heating suppliers, in an effort to secure sufficient coal for the sector, especially for household use.

The bottom line of ensuring coal for household power supply should be safeguarded, the NDRC stressed.

Key power producers and heating suppliers in northeast China, where recent power outages occurred, have signed supply contracts in late September, with their coal demand to be fully covered by these contracts for the coming winter.

The country's largest state-owned utility company, the State Grid Corporation of China, pledged to avoid power cuts or outages, saying that it will strengthen the distribution of power across the entire network, coordinate electricity transmission to power-hungry provinces and regions, and keep a close eye on power consumption.

Local authorities are also on the move. In the province of Liaoning, electricity operators have been required to strengthen power shortage forecasts and warnings, while neighboring Jilin Province has required power producers to reduce maintenance outages, strengthen peak-hour power generation capacities and turn to new energy if needed.

These timely measures, at both the local and central levels, will be effective in restoring near-term coal supply and gradually easing the strain on power generation, industry insiders said.

The September power outages, however, also exposed the need to revamp the country's electricity pricing mechanism and improve the energy structure. Experts have called on the government to reform the sector to better reflect power costs, set higher electricity rates for peak hours, and further diversify its coal-reliant energy structure.

Confident in the government's ability to provide a steady power supply, Liu Hongpeng saw the previous blackouts as a rare incident. "Electricity supply has been stable in recent days. We believe the government will do its best to guarantee the power supply. We will also heed the call for saving electricity," said Liu.