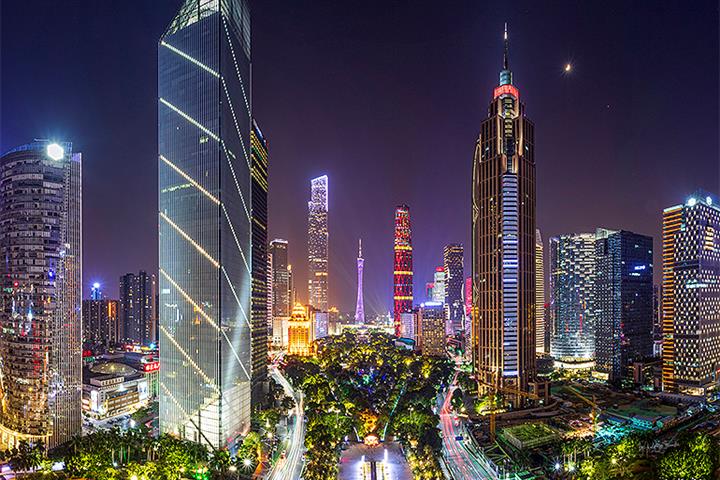 Guangdong’s USD1.92 Trillion Economy Tops Those of Italy, Canada, and South Korea in 2020

(Yicai Global) Jan. 24 -- Guangdong province, China’s southern powerhouse, saw its economy grow to CNY12.44 trillion in 2021, or USD1.92 trillion based on the average exchange rate over the year, surpassing those of Italy, Canada, and South Korea in 2020, according to a media report.

Italy's GDP was USD1.89 trillion in 2020, placing it eighth, followed by Canada and South Korea at USD1.64 trillion.

The manufacturing hub of Guangdong is China’s first and only province that has seen its GDP surpass CNY12 trillion. Eastern China's Jiangsu province is the country's second-strongest economic region with its sum of CNY11.64 trillion in 2021. Shandong province was No. 3 with its CNY8.31 trillion.

Guangdong, which has the major cities of Shenzhen and Guangzhou, has topped the domestic list for over three decades. The province was giving full play to its advantages of a complete industrial system in 2020 and last year to maintain a resilient industrial chain and stable economic growth despite the Covid-19 pandemic, said Yang Xinhong, director of the provincial statistics bureau.

The biggest growth was elsewhere though. Hubei province’s GDP jumped 12.9 percent to CNY5 trillion last year, rising faster than in any other Chinese region, according to data from 28 regions that have already revealed their numbers. The increase indicates the central province's quick recovery after the Covid-19 pandemic.

Central Hunan province was No. 2 in growth as its GDP surged 11.2 percent to CNY647.5 billion (USD102.3 billion) in 2021. Between 2020 and 2021, the province's average increase was 7.3 percent, the highest nationwide. The boost is based on the province's new free trade port that drove the expansion of its service sector. The tertiary industry made up almost 83 percent of Hunan's economic growth.

Eastern China's Zhejiang province had the fourth-biggest GDP in 2021, rising 8.5 percent to CNY7.35 trillion from 2020. The province that counts Alibaba Group Holding as one of its corporate inhabitants was rising rapidly due to its digital economy. The added value of core digital economy companies jumped almost 15 percent in 2021 from 2020, making up 11 percent of its total GDP, according to the provincial statistics bureau.