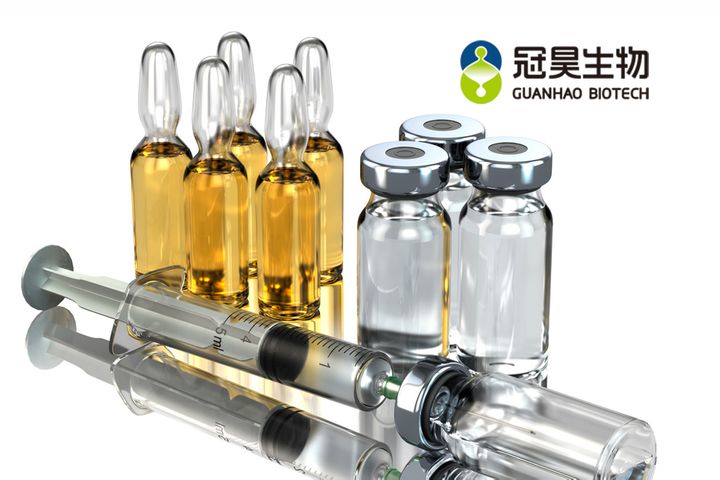 (Yicai Global) Feb. 3 -- Guanhao Biotech will team up with its US subsidiary to develop a new vaccine targeting the novel coronavirus-caused pneumonia, the firm announced today, lifting the company's stock [SHE:300238] price up 7.73 percent to close at CNY19.24 (USD2.74) on the news on the Chinese stock market's first trading day after the weeklong Spring Festival holiday was extended by three days.

This meteoric rise stands in stark contrast to other shares, which have fared generally badly as exchanges have otherwise shown few signs of an apparent recovery, with risk aversion now as rife as the swift and wide spread of the epidemic that is spawning it. The three major market indexes dropped more than 8 percent, and individual stocks also fell sharply after the opening bell, but revived somewhat as CNY20 billion (USD2.85 billion) in funds rode to the rescue from Hong Kong via the Shenzhen and Shanghai stock connects.

The firm and its US unit ZY Therapeutics will screen out specific novel viral protein messenger ribonucleic acids from the published new coronavirus genome sequence as candidate drugs for the vaccine, per their plan, and the pair will apply for clinical tests in China after completing pre-clinical toxicity studies, and eventually produce and sell the inoculant in China, they said.

Set up in September 2015, ZY Therapeutics is a biomedical technology company in which Guanhao Biotech bought a 31 percent stake via equity investment to become its largest shareholder in September last year.

Messenger RNA drugs are safer than traditional antibody vaccines, do not induce genetic mutations in recipient cells and are eventually degraded by normal cells after completing their mission, so their toxicity can be disregarded.

The 2019-nCoV has been spreading quickly since its discovery, and scientists worldwide are sparing no efforts to develop vaccines, but no effective ones have been approved for human tests to date.