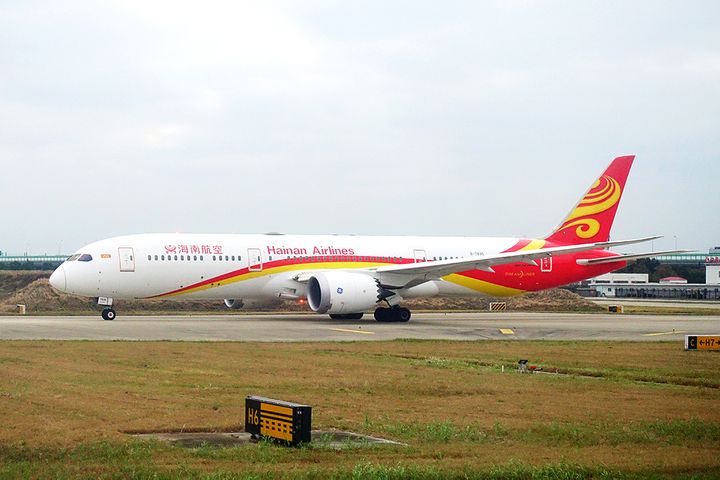 China's Hainan Airlines to Resume All Flights to Bring in Holidaymakers

(Yicai Global) March 11 -- Hainan Airlines, the flagship carrier of China's southernmost province, will resume normal flight operations next week as the government seeks to get the popular beach destination's tourism sector back on its feet.

From March 15, there will be almost 500 flights a week on 110 routes linking the island to 39 major cities, including Beijing, Shanghai, Guangzhou, Shenzhen, Nanjing, Chengdu and Chongqing, online news outlet The Paper reported, citing a press release from the Haikou-based airline.

As the novel coronavirus epidemic ebbs, domestic and foreign tourism to the island should be encouraged, according to a document released today by the country's top economic planner, the National Development and Reform Commission. If necessary, international charter flights should also be resumed to lift the number of inbound visitors.

There will be special promotions on all incoming and outgoing flights, including discounted prices for travel between March and April as well as free gifts for travelers such as air ticket vouchers and duty-free goods, The Paper reported.

Parent firm HNA Group has been in financial difficulties for some time now. An overaggressive diversification drive saw the aviation-to-financial services conglomerate run up debts of USD94 billion by 2017. A taskforce sent by the provincial government is working with HNA to help with its risk management, the group said last month.

Many thought that Hainan Airlines would be sold off, or that the government would take it over or bail it out, but this will not be the case, an authoritative source familiar with the matter told Yicai Global.