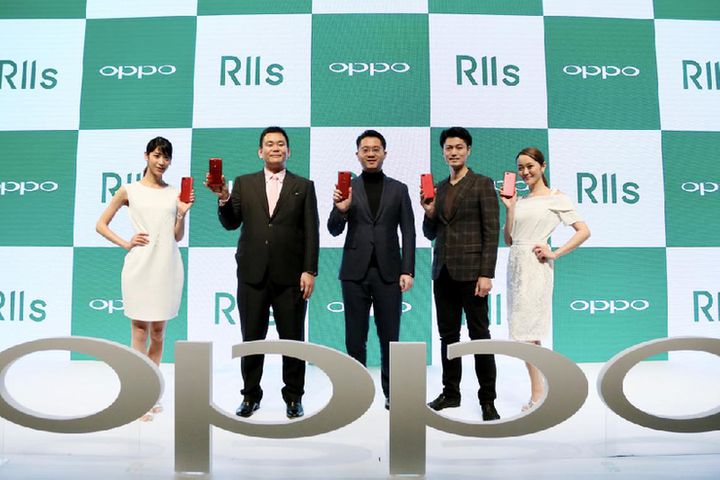 (Yicai Global) Feb. 1 -- China's mobile phone manufacturer Guangdong OPPO Mobile Telecommunications Co. held a news conference in Harajuku, a fashion center for young people in Tokyo on Jan. 31, where it announced it is officially taking on the Japanese market after establishing beachheads in Indonesia, Singapore and Australia.

OPPO has established  OPPO Japan Co. as its branch in the country and set up a localization team in November to deeply plumb Japan's market, China News Service reported.

OPPO Japan Co. chief executive Deng Yuchen, board member Kono Kenzo and other senior executives gave speeches at the news conference, touting OPPO's Japanese market strategy and the features of the OPPOR11s, which is an unlocked handset that supports the main frequency bands of major Japanese operators and will be available in the BicCamera and Yodobashi Camera electronics stores from Feb. 9.

"To take on Japan's market is as a crucial step for OPPO to take towards a comprehensive positioning in the global market. It has excelled at locating and then satisfying the core needs of consumers and has equipped with itself a rich array of experience in overseas market expansion. We have every reason to believe that OPPO will at last win recognition and favor in the Japanese market. Going forward, we are poised to learn from Japan's successful consumer electronics brands, adhere to our quality strategy and localized operation, and commit to rolling out smartphone products imbued with leading technology and esthetic beauty for Japanese consumers," Deng said at the presser.