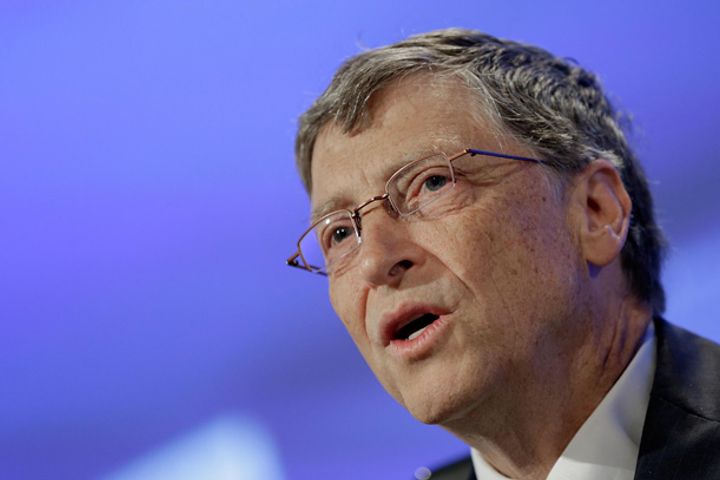 (Yicai Gobal) Feb. 13 -- China was a major contributor to the fight against poverty and worldwide advances in fields such as health and agriculture last year, according to Bill Gates.

The founder of US tech giant Microsoft welcomed the part China plays in global progress and called on the international community to focus on tech innovation and solving worldwide problems in a video China's official news agency Xinhua released yesterday to time with the publication of the Bill & Melinda Gates Foundation's 2019 annual letter.

China has achieved great results in lifting people out of poverty over the past four decades and is strengthening its efforts to help solve some of the toughest challenges facing the world, Gates said. The foundation of which he is co-founder is always committed to supporting China in building a better future for all, he added.

Gates mentioned that he saw China's capacity for innovation himself during a recent visit to the country. Chinese companies have made game-changing products and its scientists are developing new drugs to tackle tuberculosis and other infectious diseases that affect the poor. China is also sharing lessons from its own development with African nations to help them strengthen their health systems and better control contagious illnesses, while also improving agricultural transformation.

Gates affirmed the remarkable progress made in the fight against poverty and disease around the world and called on the international community to pay more attention to climate change, health and well-being and other worldwide issues.

On the subject of climate change, he said the key areas of agriculture, electricity, manufacturing, transport, and construction need to achieve near-zero emissions. These areas deserve more attention and investment. In terms of health, governments need to renew their commitment to the Global Fund to Fight AIDS, Tuberculosis and Malaria this year, which is the most important initiative in the global health arena.

The open letter also calls for more investment in tech invention, with particular reference to the importance of research on genetic testing and greenhouse gas emissions to improve global well-being.