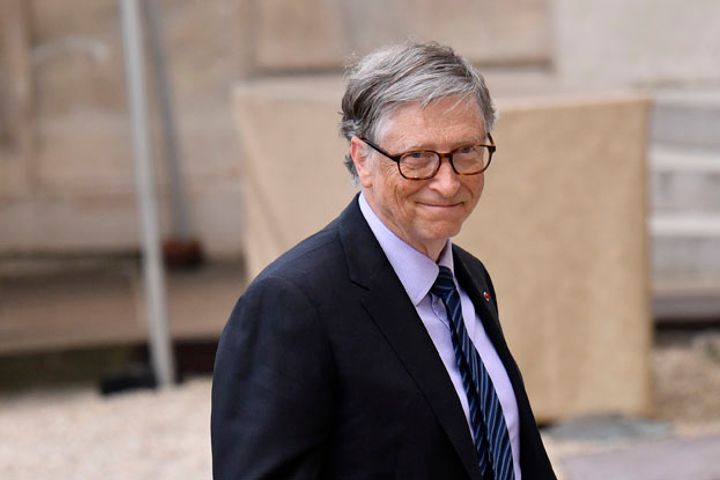 (Yicai Global) Sept. 27 -- China's manufacturing and pharmaceuticals sectors have helped the Bill & Melinda Gates Foundation achieve some of its charitable goals all around the world, according to the billionaire philanthropist.

The Gates Foundation has made many successful charitable cases thanks to low-cost technology in China, Bill Gates said in an interview before the ceremony for the foundation's Goalkeepers Global Goals Award on Sept. 25.

One of those is Global Good, an innovative tech research and development organization set up by the charity and the world's largest patent reserve company Intellectual Ventures. It began studying a storage device named Arktek 10 years ago, which is capable of storing vaccines for 35 days at between one and 10 degrees Celsius without the need for electricity.

Chinese refrigerator maker Aucma helped develop the fifth generation of Arktek, and took it to mass production before upgrading to the sixth-gen product. The device is now sold to the United Nations Children's Fund, the Gates Foundation and other charitable organizations and developing nations' governments to be equipped in hospitals and clinics that don't have a stable electricity supply.

Gates also talked about poverty alleviation in China, noting that the country has reduced the number of underprivileged people considerably over the past two to three decades.

"It's impressive that China is putting a lot of resources into trying to drive the remaining extreme poverty [40 to 50 million people] to near zero. There are a lot of lessons that come out of that," he added, giving a nod to China's successful fight against malaria and tuberculosis and commending its efforts to help other poor countries, particularly those in Africa.

The Goalkeepers Project is intended to push progress toward achieving the United Nations' sustainable development goals, which include ending poverty, injustice and climate change.

Dysmus Kisilu, founder of Solar Freeze, won the Progress award for providing over 3,000 female farmers in Kenya with renewable energy solutions and increasing production by 150 percent.

Nadia Murad won the Changemaker award for transforming herself to an activist who speaks on behalf of the Yazidis, a Kurdish religious minority, after her relatives were killed in an attack by the Islamic State of Iraq and Syria, commonly known as ISIS.

18-year-old Amika George won the Campaign award for her efforts to help women from low-income families in Britain get access to sanitary products. Her crusade pushed the British government to allocate almost USD2 million toward solving the problem earlier this year.