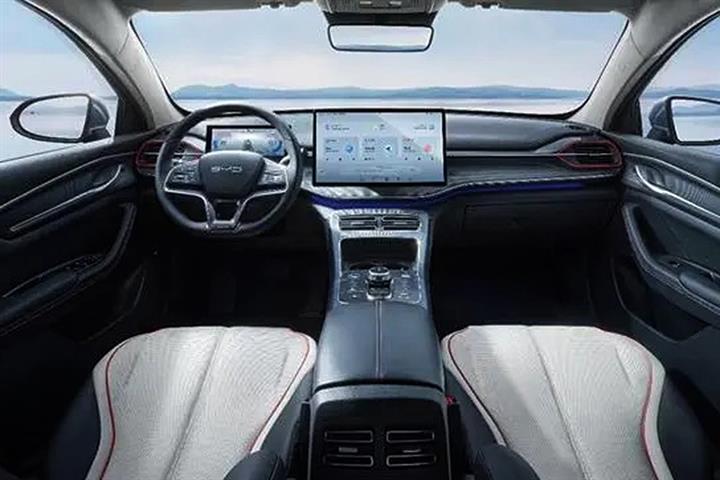 (Yicai Global) Sept. 2 -- China’s lithium resources are enough for 300 million electric vehicles thanks to the discovery of new deposits, according to the chairman of BYD, a leading Chinese auto and power battery maker.

The country’s output of lithium salt surged in the first half, and the yield of lithium carbonate totaled 157,000 tons, up 45 percent from a year ago, while lithium hydroxide output reached 107,000 tons, up 32 percent, according to Shanghai Metals Market Information and Technology.

The auto industry has been hit by a shortage of raw materials and rising costs. Prices of battery raw materials began climbing last year, with lithium carbonate surging nearly 10-fold since early 2021. The cost of battery-grade lithium carbonate hit a new record high of CNY508,000 (USD71,529.14) a ton on Sept. 21. In response, battery producers have been accelerating their upstream expansion.

“Lithium is in short supply because market demand is growing rapidly, but mining not as fast,” Wang said.

BYD has been exploring for lithium since its acquisition of a Chilean mine was halted by a local court. It announced on Aug. 15 it would invest CNY28.5 billion (USD4.0 billion) to build a comprehensive plant for ceramic clay, including lithium, mining and dressing and to produce 30 gigawatt-hours of power batteries and 100,000 tons battery-grade lithium carbonate a year.

The Shenzhen-based company then set up Yichun BYD Mining on Sept. 21 with a registered capital of CNY2 billion.

Yichun in Jiangxi province, known as ‘Asia’s lithium city,’ has the world’s largest lepidolite mine and is a major battleground for lithium resources. The city’s lithium oxide yield amounts to 31 percent of China’s total and 12 percent of the world’s.