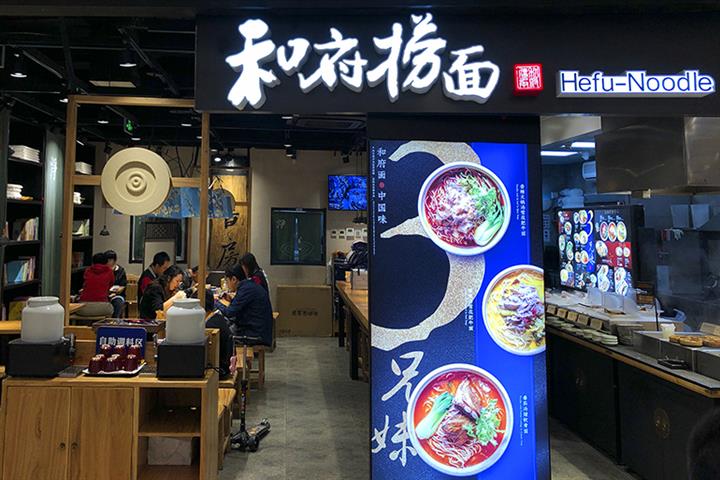 The funds raised in the E-series will be used to build the brand, improving its positioning in the industrial chain and increase digitization, online tech news outlet 36Kr reported today.

CMC will help Hefu Noodle with marketing and promotion through its media and entertainment channels, said Xia Bei, director of CMC Capital.

Hefu Noodle sells about 150,000 bowls of ramen each day and serves over 50 million customers a year, according to 36Kr data. Its revenue has grown at over 50 percent a year for the last few years.

Hefu Noodle restaurants boast a signature Chinese study décor and are mainly located in the big first and second-tier cities. The noodle chain is expanding rapidly and plans to have 450 outlets by the end of the year, a 30 percent jump from the current number.